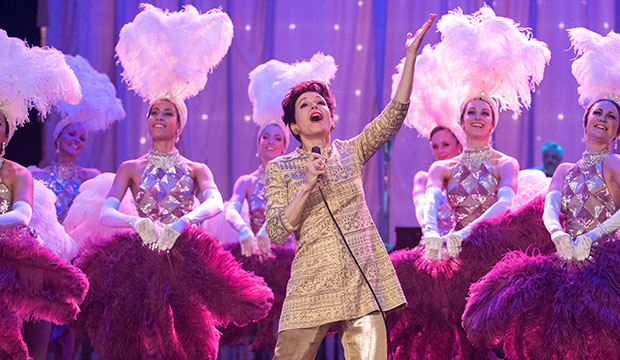 Is there another Oscar at the end of awards season for Renee Zellweger? According to our odds, yes, as she’s the solid favorite to nab Best Actress for her turn as Judy Garland in “Judy.” If it comes to fruition, Zellweger would be the seventh actress who’ve won both acting categories.

The first six are:

SEE For shame, Hollywood, Renee Zellweger is only 50, but she’d be one of the oldest Best Actress Oscar winners

The first three women prevailed in lead (twice for Bergman) before adding supporting statuettes, while the most recent trio won in supporting first before upgrading to lead (twice for Streep). Zellweger would continue that streak since she has a supporting trophy at home for “Cold Mountain” (2003), following two bids in lead for “Bridget Jones’s Diary” (2001) and “Chicago” (2002).

The actress opened up a wide lead in our predictions after “Judy” premiered last month to raves for her committed, moving portrayal of the icon, broke and broken, in what would be the final year of her life. She also did her own singing, which, if not exactly like Garland’s distinctive voice (whose is?), at the very least reminded everyone of her versatile skillset.

Narrative-wise, Zellweger has a compelling comeback story, as she disappeared from the screen and public view for six years, from 2010 until 2016’s “Bridget Jones’s Baby,” save for one notorious event in October 2014 that beget a ton of speculation about her physical appearance — scrutiny not unlike what Garland faced in her life. Few expected she’d return with such a bang and to some of the best reviews of her career. Then again, a strong narrative didn’t really work out in last season’s Best Actress race.

At the moment, Zellweger’s closest competitor in our odds is Scarlett Johansson (“Marriage Story”), who’s on her heels in second place, followed by Saoirse Ronan (“Little Woman”), Cynthia Erivo (“Harriet”) and Awkwafina (“The Farewell”).