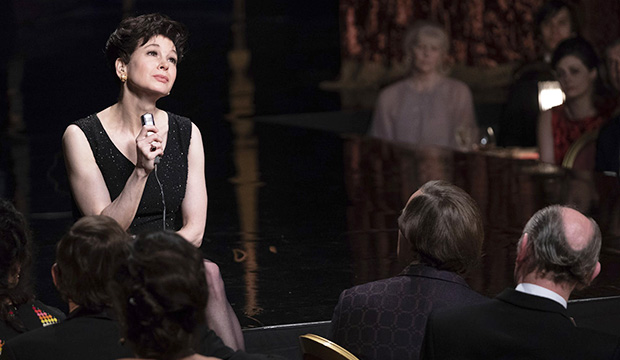 Renee Zellweger is still perched atop our Screen Actors Guild Awards odds for lead actress for her turn as Judy Garland in “Judy.” A victory would make her the the second person to win the category twice after Frances McDormand, but she would stand alone in one big way: She’d be the first woman to win three individual SAG Awards for film.

As aforementioned, McDormand is the only one with two lead statuettes, prevailing for “Fargo” (1996) and “Three Billboards Outside Ebbing, Missouri” (2017). And Kate Winslet is the only person to have won supporting actress twice, for “Sense and Sensibility” (1995) and “The Reader” (2008).

However, Zellweger wouldn’t be the first performer with three individual film wins. That honor goes to Daniel Day-Lewis, who bagged three lead awards for “Gangs of New York” (2002), “There Will Be Blood” (2007) and “Lincoln” (2012). Day-Lewis has never lost an individual SAG Award, so if he stays retired, he’ll always have that perfect record.

Zellweger, who also has an ensemble award for “Chicago,” is way out ahead in our predictions with 82/25 odds. Scarlett Johansson (“Marriage Story”) is second at 9/2, followed by Charlize Theron (“Bombshell”) at 11/2, Awkwafina (“The Farewell”) at 6/1 and Saoirse Ronan (“Little Women”) at 13/2.