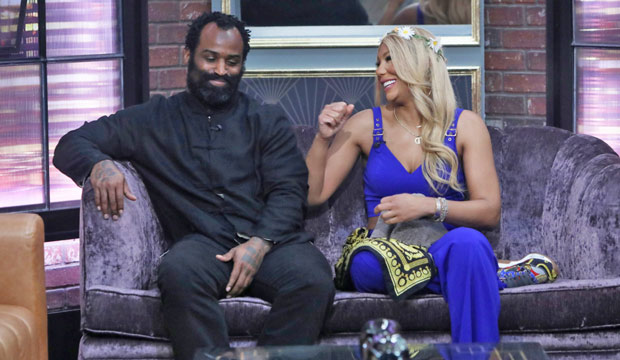 That audible gasp you heard in the “Celebrity Big Brother” audience when NFL superstar Ricky Williams took recording artist Tamar Braxton with him to the Final 2 was echoed across America. While Wednesday’s Season 2 finale ended as Gold Derby readers predicted it would, with Tamar winning the $250,000 grand prize, the fact that Ricky chose to bring her to the Final 2 was truly an unexpected moment. Vote in our poll below to let us know who YOU think Ricky should have taken to the end.

As the winner of “Celebrity Big Brother” Season 2, Tamar joins last year’s champ Marissa Jaret Winokur on the “Big Brother” winners list. Ricky’s prize for coming in second place is $50,000, but the money may not be worth all the agony he’s no doubt going to feel about whether he made the wrong choice. Should he have instead brought Lolo Jones or Dina Lohan with him to the Final 2?

Amazingly, Tamar prevailed with a unanimous 9-0 vote over Ricky, winning over all of the jury members: Lolo, Dina, Kandi Burruss, Tom Green, Natalie Eva Marie, Kato Kaelin, Joey Lawrence, Ryan Lochte and Jonathan Bennett. The final contestant, Anthony Scaramucci, did not vote as he was not a real houseguest. The last time “Big Brother” had a unanimous vote was back in Season 10 when Dan Gheesling beat Memphis Garrett.

SEE‘Catfish’ host Nev Schulman has found Dina Lohan’s boyfriend, so he better be at the ‘Celebrity Big Brother’ finale

As for Ricky’s other two scenarios, could he won if he’d taken Dina to the end? After all, Dina may not have received many votes since the jury was aware of the fact that she didn’t make any game moves or win any challenges. If he’d brought Lolo with him, she likely would have scored votes from people like Natalie and Tamar, but would she have garnered the five votes needed to win?

“I feel so amazing,” Tamar told host Julie Chen Moonves after she was named the winner of “Celebrity Big Brother.” Through tears of joy, she continued on, “I just feel grateful to God. Thank you my family. Thank you guys for being my lifelong friends. Now I get to buy my baby a house!”