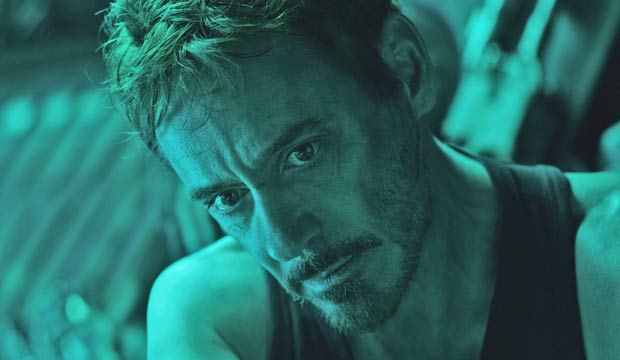 Robert Downey Jr. launched the Marvel Cinematic Universe 11 years ago with “Iron Man” (2008). Is he about to take a victory lap at the 2019 MTV Movie and TV Awards? He’s nominated for Best Hero for his capstone performance in “Avengers: Endgame,” and if he wins it would be his first competitive victory as an individual actor.

This is Downey’s ninth MTV Movie and TV Award nomination. He has received all of those bids in the last 10 years thanks mostly to his career-defining role as billionaire industrialist Tony Stark aka Iron Man. But he has only won one competitive award at these kudos. He claimed Best Fight in 2013 alongside his fellow “Avengers” Chris Evans, Mark Ruffalo, Chris Hemsworth, Scarlett Johansson and Jeremy Renner for fighting off an alien invasion led by Tom Hiddleston. Two years after that he was awarded the honorary Generation Award for his career achievements. But he hasn’t won competitively on his own yet.

This is his third nomination for Best Hero, all of which have been for this role. He contended for “The Avengers” in 2013, but lost to Martin Freeman (“The Hobbit: An Unexpected Journey”). He was nominated again the very next year for “Iron Man 3,” but that prize went to another comic book hero, Henry Cavill (“Man of Steel”). This year he faces two other superheroes: Brie Larson‘s “Captain Marvel” and Zachary Levi‘s “Shazam!” Also in contention are Maisie Williams‘s zombie-army-vanquishing Arya Stark from “Game of Thrones”  and John David Washington for playing this category’s only real-life hero, Ku Klux Klan infiltrator Ron Stallworth in “BlacKkKlansman.”

Downey could potentially split the vote with his fellow comic book crusaders, but according to the combined predictions of hundreds of Gold Derby users, he’ll win anyway (you can log in to make or update your own predictions right here). He currently gets leading odds of 10/3, followed by Larson with odds of 19/5. Larson could give him a run for his money since she not only appeared in her own film, but in “Endgame” too.

Or if fans can’t decide between the two Marvel heroes, they might opt for Williams for her kick-ass final season of “Thrones”; we rank her third with odds of 4/1, and if there’s one thing we’ve learned over the years, it’s never to underestimate Arya Stark.