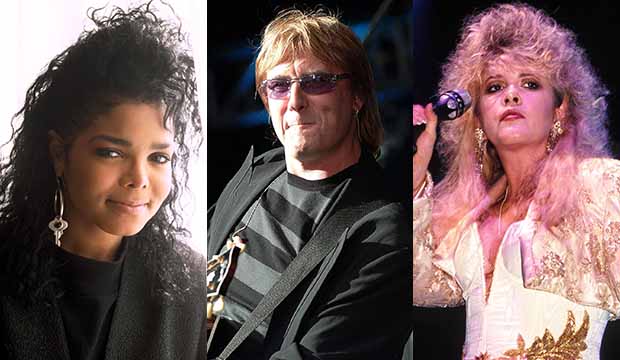 The Barclays Center in Brooklyn will be rocking this weekend. Inductees for the 2019 Rock and Roll Hall of Fame are The Cure, Def Leppard, Janet Jackson, Stevie Nicks, Radiohead, Roxy Music and The Zombies. The ceremony will be held this Friday, March 29, and will air April 27 on HBO.

All inductees are expected to attend, although that list has not officially been announced. If those rumors are true, it is surprising that Radiohead members (at least a few of them) will be there in person. Some of them had indicated several times over the past few years they were not interested in the event. It would be even more of a stunner if the group actually performs. Other recent inductees who refused to perform: Dire Straits (2018), N.W.A. (2016), Kiss (2014), Guns N’ Roses (2012), Genesis (2010), ABBA (2010) and Madonna (2008).

The rest of the inductees should be announced as performers this week by HBO and the HOF. The only possibility of not singing on stage, other than Radiohead, would be The Cure, but various websites are reporting that they will most likely perform in advance of touring later this year.

Nicks was inducted along with Fleetwood Mac in 1998 and now becomes the first female artist, this time for her solo career, to be inducted a second time. All four of The Beatles members (John Lennon, Paul McCartney, George Harrison, Ringo Starr) have been inducted twice. A few others with this feat: Peter Gabriel (Genesis, solo), Michael Jackson (The Jackson Five, solo), Jimmy Page (Led Zeppelin, The Yardbirds), Paul Simon (Simon and Garfunkel, solo) and Neil Young (Buffalo Springfield, solo). Eric Clapton is the only person with three inductions (Cream, The Yardbirds, solo).