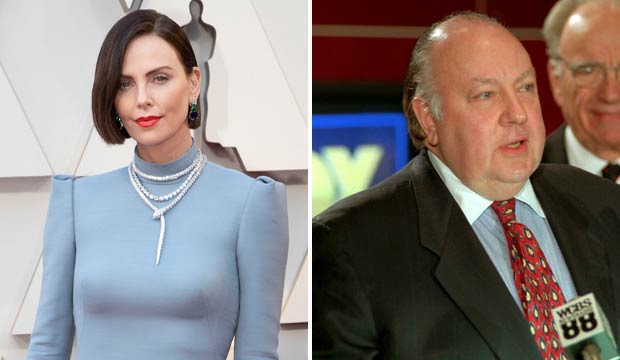 Handicapping an unreleased, untitled film’s Oscar chances in March is a risky prospect at best, but the recent announcement that Lionsgate’s movie about political Svengali and former Fox News president Roger Ailes will be released on December 20 raises alarm bells for any awards watcher, especially with its starry cast and its strong pedigree behind the camera. Could it turn out to be this year’s “Vice”?

On paper, this Ailes project seems to have a lot in common with “Vice,” which was a satirical look at the life and career of Dick Cheney. Most obviously, both films are about morally dubious political figures who loomed large in the conservative movement. And both feature A-list actors playing recognizable real-life roles. But beyond that both are prestige films from directors who used to be better known for their broad comedies. “Vice” was helmed by Adam McKay (“Anchorman,” “Talladega Nights”), while the Ailes film is from Jay Roach (“Austin Powers,” “Meet the Parents”). And the script is by Charles Randolph, who actually won an Oscar with McKay for co-writing “The Big Short” (2015).

This isn’t Roach’s first foray into political subject matter. He already showed his aptitude for prestige movies on the small screen, where his HBO telefilms “Recount” (2008) and “Game Change” (2012) won him a combined four Emmys. Then he earned another two bids for HBO’s Lyndon Johnson biopic “All the Way” (2016). In-between, his big-screen biographical drama “Trumbo” (2015) earned an Oscar nomination for Bryan Cranston as the title blacklisted screenwriter.

With that cast, that creative team, that subject matter, and that studio (Lionsgate was the company behind “La La Land”), it’s inevitable that this film would raise Oscar eyebrows, even sight unseen. Will it be as good on-screen as it looks on paper?