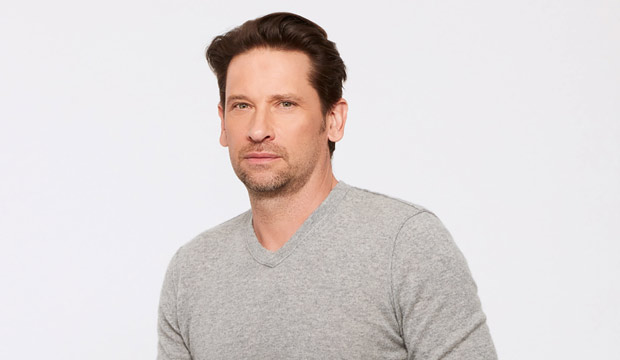 Roger Howarth has been at the center of a mind-mapping identity switch storyline on “General Hospital,” which has taken his character Franco and overwritten his identity with the memories of Drew Cain (played by the soon-to-depart Billy Miller). The actor recently talked to Michael Fairman about the admittedly “high-concept” storyline and what it means for Franco/Drew and everyone around him in Port Charles.

“I think the other beautiful part of this is that this was motivated by love. I don’t see it as heroic,” explains Howarth about Franco’s decision to sacrifice himself so that the mind-mapping procedure wouldn’t be performed on his stepson Cameron (William Lipton). “I think as an actor, you’re always looking for the heart of the story, and the writers made it really simple. He does this because he loves this kid. Yeah, they’ve had their ups and downs … but push actually did come to shove, and I think that the character of Cameron is going to be deeply affected by that.”

But Howarth was nervous about tackling a storyline where he plays essentially another character in the same body. “I could be stinking it up pretty badly,” he jokes. “The trap is frankly to act too much because the audience is being told that he is a different person. If I go too far to try to demonstrate that he is a different person, then it slips into parody or overacting. Over the years, I have definitely been guilty of overacting, so, I’m a little frightened of it.”

However, playing multiple roles worked for his former “One Life to Live” co-star Erika Slezak, whose character suffered from dissociative identity disorder. That storyline affected her character for decades, so it was “a large ask. She never blinked. She did everything that was asked. I’m trying to follow her example.” Perhaps it will lead him to an Emmy just like it did for Slezak. Howarth won Best Younger Actor in 1994 for “OLTL,” and he has been nominated three times since then, but his last bid was 14 years ago when he played Paul Ryan on “As the World Turns.” Do you think his performance this year is Emmy worthy? Read his complete interview here.