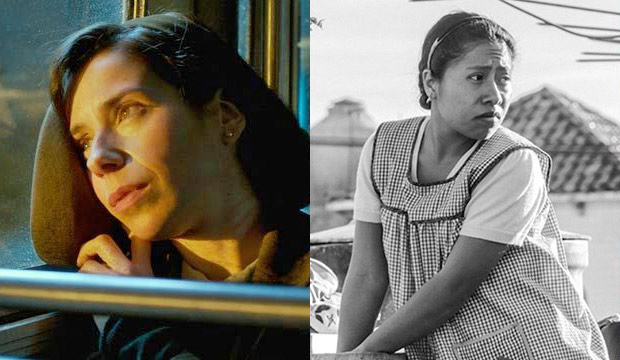 For a whopping 21 years, there was one Oscar statistic to rule them all: In order to win Best Picture you first had to be nominated for the ensemble prize at the Screen Actors Guild Awards. From “The English Patient” (1996) to “Moonlight” (2016) and everything in between, that rule remained unbroken. Then last year it went out with the bath water when Guillermo del Toro‘s fantasy love story “The Shape of Water” won the Academy Award for Best Picture despite being snubbed in SAG’s cast category. Amazingly, this awards stat could now fall two years in a row thanks to “Roma,” Alfonso Cuaron‘s semi-autobiographical film about growing up in Mexico City.

When the SAG Awards announced their five nominated casts earlier this month, Netflix’s foreign language film was left off of the list. Instead the nominees were “Black Panther,” “BlacKkKlansman,” “Bohemian Rhapsody,” “Crazy Rich Asians” and “A Star Is Born.” History suggests that one of these five will now win Best Picture at the Oscars, since the acting branch is the biggest within the academy and films without the support of the actors have an uphill climb to win. But “The Shape of Water,” and before that “Braveheart” (1995), proved that there are sometimes exceptions to the rule.

Of course, there are several reasons why “Roma,” which is currently in striking distance to win Oscar’s Best Picture, may have been snubbed at SAG. The film’s campaigners confirm to Gold Derby that while it was eligible, none of its cast belongs to SAG-AFTRA, which totals about 160,000 members. That matters since the top award is often seen as a popularity prize where people vote for the most famous casts filled with their favorite A-list movie stars.

Secondly, the cast is relatively small. Outside of leading lady Yalitza Aparicio, who calls “Roma” her first film, the only other face of the movie is Marina de Tavira, a Mexican actress with about 30 credits to her name. Films with smaller casts typically have trouble making it into SAG’s ensemble category, with “Beast of No Nation” (three cast members in 2015) and “Boyhood” (four cast members in 2014) being recent exceptions. Foreign language films have an even tougher time getting recognized; it’s been 20 years since “Life Is Beautiful” (1998) made SAG’s lineup.

Awards pundits hold the SAG ensemble rule in such high regard that when “La La Land” shockingly lost Oscar’s Best Picture to “Moonlight” in 2016, they all kicked themselves for not seeing that upset coming since “La La Land’s” cast was snubbed and “Moonlight’s” cast was nominated. Of course, just one year later that statistic crumbled for the first time in two decades when “The Shape of Water” won the Oscar with only two individual SAG bids: lead actress Sally Hawkins and supporting actor Richard Jenkins.