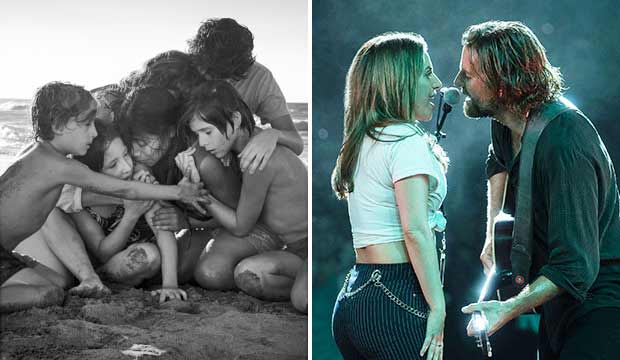 The Oscar race for Best Picture is still up in the air, especially after the Golden Globes, which picked “Bohemian Rhapsody” for Best Film Drama over presumed Globes and Oscar favorite “A Star is Born.” Despite that Globes upset, “Star” is still out front in our Oscar odds based on the combined forecasts of more than 6,000 Gold Derby users, but there are some who disagree. Our Top 24 Users say “Roma” will win Best Picture instead.

Our Top 24 got the highest scores out of thousands of users who predicted last year’s Oscar nominations, and a plurality of them (11 out of 24) are betting on Alfonso Cuaron‘s critically hailed family drama, so we’d be foolish to discount their insights. But why are they forecasting a result as unprecedented as a black-and-white foreign-language film from Netflix claiming top honors at the Oscars?

Well, maybe it’s because the film has been doing gangbusters on the awards circuit thus far. It has been unsurprisingly dominant at critics’ awards across the country, and it won a pair of Golden Globes for Best Foreign Film and Best Director for Cuaron. But it hasn’t missed a beat at peer group awards either, and those are what really count since the Oscars are also decided by industry insiders. The film was nominated for Best Picture by the Producers Guild. Cuaron was nominated by the Directors Guild and the Writers Guild. And the BAFTAs nominated it seven times including Best Picture and Best Director. Those are pretty good indications that it’ll be up the Oscars’ alley too.

But as of this writing those industry groups haven’t picked their winners yet, so there remains a lot of uncertainty. And that’s reflected in how fractured our Top 24 are overall. Though “Roma” currently has the most support, seven top users are betting on “A Star is Born,” three say it will be “BlacKkKlansman” and two give the edge to “Green Book.” Will the rest of the awards season clarify this contest before the Oscars, or will the race still be wide open by the time the envelopes are opened?