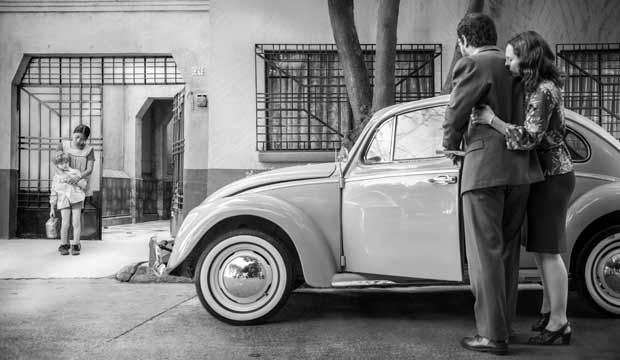 So just how cursed are black-and-white movies? Well, none have won Best Cinematography at the Oscars since “Schindler’s List” (1993) — that was a quarter century ago. You might argue that that’s just how it is since there are simply far more color movies produced these days, so you’re bound to have more color winners. And you’d be right about that. But when a film stands out for its black-and-white visuals and seems to have the support of the industry, Oscar voters have still turned away.

That’s what they did with “The Man Who Wasn’t There” (2001), the Coen Brothers’ homage to classic film noir. It won the ASC Award, but then lost the Oscar to “The Lord of the Rings: The Fellowship of the Ring.” Then in 2009 the ASC awarded the black-and-white German film “The White Ribbon,” while the Oscars went with “Avatar” instead. Even when the Oscars picked a black-and-white silent film as their Best Picture, “The Artist” (2011), they still gave Best Cinematography to “Hugo.” And after that “Nebraska” (2013) and “Ida” (2014) were nominated for Oscars but lost to “Gravity” and “Birdman,” respectively.

SEE‘Roma’ exclusive: Editors Alfonso Cuaron and Adam Gough on wanting Netflix film ‘to have a pace of life itself’ [WATCH]

But this time will be different, according to our Experts: 28 out of 30 think “Roma” will win the Oscar for its cinematography. The only dissenters are Tim Gray (Variety), who currently predicts “The Favourite” will upset, and Bonnie Fuller (Hollywood Life), who’s backing “First Man.” The latter film is a visually bold astronaut movie, like recent winner “Gravity,” and it’s lensed by Linus Sandgren, who just won two years ago for “La La Land.” So Cuaron will need to keep an eye out.