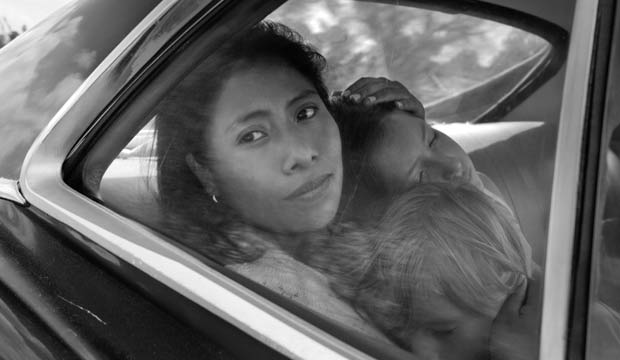 Alfonso Cuaron’s “Roma” has won more major awards this Oscar season than any other movie and yet its star, Yalitza Aparacio, has only a Critics Choice nomination to show for the film’s exceptional cast. If the movie gets no acting nominations from the academy next week, its rivals will be buoyed in the hopes of upsetting it for the best picture Oscar. Only 11 times, and only twice this century, has a movie won the top award without an acting nomination.

It seems that voters for the Golden Globes, BAFTA and the Screen Actors Guild have gone out of their way to ignore the 25-year-old Aparacio. Four actresses – Olivia Colman, Lady Gaga, Glenn Close and Melissa McCarthy – were nominated for those awards and will almost surely be on the academy ballot, as well.

But the fifth spot that Aparacio should have locked down for SAG and BAFTA went to two different actresses: Emily Blunt (“Mary Poppins Returns”) on the SAG ballot; and Viola Davis (“Widows”) from BAFTA. On the Globes ballot for dramatic actress where Aparicio should have been were the names of Nicole Kidman (“Destroyer”) and Rosamund Pike (“A Private War”).

Altogether now, are you kidding me?

What is it about Aparacio that makes her performance so easy to ignore? Well, yeah, she plays her nanny role to three children in a fractured home in a subdued, self-effacing tone with few emotional highlights, but isn’t that authenticity? Isn’t that the way a servant in a middle class family in the 1970s Mexico City would behave?

I think people see her, knowing it is her debut film role, and assume her character Cleo is who she is, and to some extent, she is. Cuaron’s field agents found her in a small Mixtec village where she lives in a one-room house with her mother, a domestic worker whom Aparacio has said was her role model for Cleo. But she is not an introverted peasant. She had just finished earning her degree in early childhood education when she was cast in the movie and had another profession ahead of her.

None of this should matter in celebrating her performance. Nearly three dozen actors have been nominated for their first film roles, but the majority of them had prior experience in TV movies or on stage. Aparacio would belong to a very small group of film debut nominees with no prior experience and she would be only the third Mexican to receive an acting nomination.

Adriana Barraza was a nominee for supporting actress for the 2006 “Babel” and Damian Birchir was on the best actor ballot for the 2011 “A Better Life.”

Aparacio would also be the first actress to be nominated for her debut in a foreign language film. Is all this just too, too ingénue-ish for awards voters?

Other “firsts” hover over “Roma’s” Oscar run. It would be the first foreign language film to win best picture, though it will have trouble out-scoring Ang Lee’s “Crouching Tiger, Hidden Dragon’s” total nominations of 10. But it may top the seven for Roberto Benigni’s “Life is Beautiful.”

Nominations for film debuts are not uncommon. In fact, for the first few years of the Oscars, most of the nominees were first-timers on film, though nearly all had prior stage work. Taking the post-war modern era into account, there have been about 30 debut nominees, and half of them had had prior acting experience.

Of the remaining, just nine could be considered rank amateurs when they were cast and six of those were young children:

Mary Badham was 10 when her mother took her to a cattle call for the role of Scout in “To Kill a Mockingbird.” She got the role and three movies after her supporting actress nomination for it, she retired at age 14. (She came back 40 years later to play a small role in “Our Very Own.”)

Keisha Castle-Hughes was 11 when she was discovered by casting agents at a primary school in New Zealand and cast in the title role of the 2002 “Whale Rider.”

Anna Paquin was cast in 1993’s “The Piano” after she accompanied her sister to an audition in New Zealand and became the youngest actress, at nine, to win an Oscar.

Quvenzhane Wallis had to lie about her age – she said she was 6 when she was only 5 – to win an audition for the lead role of a child prodigy in an impoverished bayou community in “Beasts of the Southern Wild” (2012).

Tatum O’Neal was nine when Peter Bogdonovich took his wife Polly Platt’s suggestion to cast her as her father Ryan O’Neal’s daughter in the 1973 “Paper Moon,” for which she won a supporting actress Oscar

Justin Henry, who made his screen debut as the object of a custody fight in the 1979 Oscar-winning “Kramer vs Kramer,” was just seven when he was discovered by a neighbor who happened to be a casting agent. Location, location, location.

So, Aparacio would be joining these three adults who have received nominations for film debut performances:

Barkhad Abdi was one of four people chosen out of an audition in Minneapolis to play Somalian pirates in the 2013 “Captain Phillips.”

Harold Russell, who lost both hands during World War II, was cast for a major role in the 1946 “The Best Years in Our Lives” by director William Wyler after seeing him in an Army documentary about disabled veterans. He won the supporting actor Oscar.

Haing S. Ngor, a Cambodian doctor living in southern California, was discovered by a casting agent who spotted him at a wedding and invited him to a screen test for the 1984 “The Killing Fields.” He played a translator in Cambodia and became the first and only Asian actor to win an Oscar.

I’m not saying Aparacio’s performance is as good or better than any of these, but being plucked from obscurity to play a lead role in a film of international importance should not, and often has not, been discounted for a lack of prior acting experience. Her Cleo is the source of nourishment for both the children she cares for and the audience that cares for her.

The academy members have voted and we will soon know how well they judged this remarkable woman’s work.