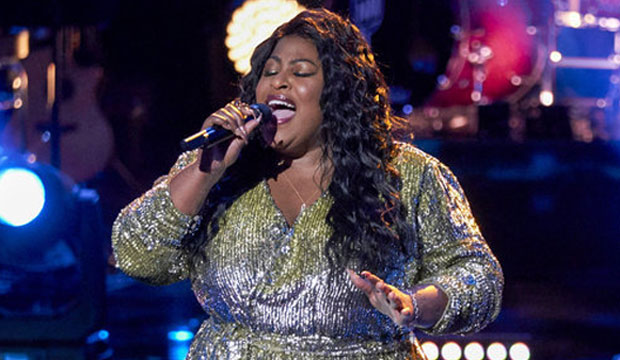 Is a long-standing “The Voice” curse about to be broken? If Gwen Stefani‘s R&B singer Rose Short ends up winning Season 17 during next week’s finale, she’ll make history as the first artist to prevail who was previously saved by Twitter. Since the Instant Save twist was first created in Season 6, no recipient has ever gone on to win “The Voice.” Britton Buchanan came the closest in Season 14 by being the runner-up to winner Brynn Cartelli, but all of the other times — including last season with Andrew Sevener — the saved artist finished last in their respective finales.

SEERose Short wins ‘The Voice’ instant save after ‘magical’ performance: First time in 7 seasons all 4 coaches will compete in finale [WATCH]

According to Gold Derby’s racetrack odds, Rose is indeed predicted to come in fourth place after earning the final Instant Save of the year. This 34-year-old former corrections officer has lowly 10/1 odds to win Season 17, compared to 10/9 odds for front-runner Katie Kadan (Team John Legend), 31/10 odds for Jake Hoot (Team Kelly Clarkson) and 4/1 odds for Ricky Duran (Team Blake Shelton). This is the first time in seven seasons all four coaches are represented in the finale.

Rose belted out “(You Make Me Feel Like) A Natural Woman” during Tuesday’s episode as her “save me” song, which Gwen called “magical.” “You keep blowing my mind,” her coach later declared. “You’re just incredible, you’re amazing, you’re inspiring, you’re funny, you’re so human in so many ways. And then you have this crazy gift. You deserve to be here, but you deserve to be everywhere.”

SEEJohn Legend thinks Katie Kadan’s ‘Lady Marmalade’ cover is too good for ‘The Voice’: ‘We don’t deserve you!’ [WATCH]

Here’s a look back at how all of the previous Instant Save/wild card recipients faced in their season finales: