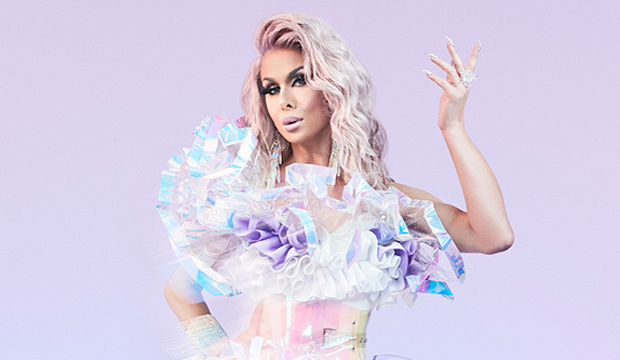 After Friday’s “Jersey Justice” episode of “RuPaul’s Drag Race,” only six queens still remain in the running to win “All Stars 4”: Trinity The Tuck, Manila Luzon, Naomi Smalls, Valentina, Monet X Change and Monique Heart. According to our readers who’ve been making their predictions all season long, Trinity has the best odds to win the title and join the “Drag Race” hall of fame, but Manila has been coming on strong in recent weeks. Is there an upset in the making?

There is no frontrunner in terms of challenge victories as nobody has won more than a single maxi challenge. As a refresher, Trinity won Episode 1 (“All Star Super Queen Variety Show“), Valentina won Episode 2 (“Super Girl Groups, Henny”), Manila won Episode 3 (“Snatch Game of Love“) and Monique won Episode 4 (“Jersey Justice”). However, Trinity is the only winner so far to not yet appear in the bottom, which gives her a slight edge at this early stage.

Trinity claimed victory in the season’s first episode by showing her comedy side in her “how to tuck” tutorial performance. That gave her the power to send home one of the bottom two queens: Farrah Moan or Jasmine Masters. She decided to end Jasmine’s reign, though Farrah was eliminated the very next week after Valentina won the power.

In the third episode Trinity again impressed the judges and came in second place to Manila for her knock-out performance in the “Snatch Game” challenge. Trinity wowed with her gruff Caitlyn Jenner impersonation while Manila shined as the one and only Barbra Streisand. Even though Manila won the power that episode, she later confessed that Trinity’s “Snatch Game” performance was better than hers.

Will Trinity go on to win “RuPaul’s Drag Race All Stars 4,” as our odds-makers predict? Could Manila come from behind to pull off an upset? Or will Naomi, Valentina, Monet or Monique become the next addition to the “Drag Race” hall of fame, following in the high heels of Chad Michaels, Alaska and Trixie Mattel? Give us your thoughts down in the comments section.