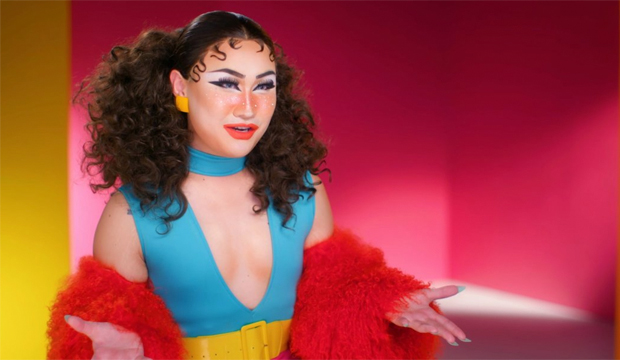 On the season 11 premiere of “RuPaul’s Drag Race,” Soju was bounced from the competition. Did you think she was the right choice to go this week after her performance in the Lip Sync For Your Life against Kahanna Montrese? Vote in our poll below and be sure to sound off in the comments section with your thoughts on episode 1, “Whatcha Unpackin,” which aired February 28 on VH1.

Kahanna and Soju ended up in the bottom two after failing to impress RuPaul Charles and guest judge Miley Cyrus, along with regular panellists Carson Kressley, Ross Mathews and Michelle Visage, throughout the first series of competitions. That meant they were pitted against each other in the LSFYL, with each performing to “Best of Both Worlds,” a hit by Cyrpus’ TV alter-ego, Hannah Montana.

Kahanna, a 25-year-old showgirl from the entertainment capital of the world, Las Vegas, showed off her deft dancing. Soju, a 27 year-old from La La Land, was determined to prove that her talent extended beyond her YouTube blogging. However, she could not keep up Kahanna, whose high octane routine included a backflip.

While Soju was sent packing on “Whatcha Unpackin’,” she left with her head held high. Yes, she was disappointed to be the first girl eliminated, but she resolved to live her life by her Korean culture and persevere.