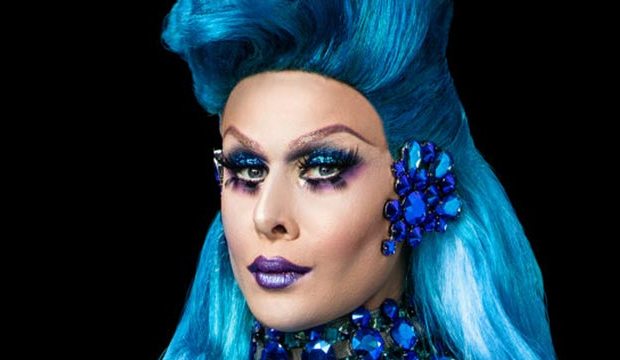 Four used to be an unlucky number for Trinity The Tuck. Remember, she placed fourth on season 9 of “RuPaul’s Drag Race” in 2017. But this queen from Orlando, Florida is set to reign as the winner of season 4 of “All Stars.” So say the faithful viewers who have been making their predictions at Gold Derby.

After the first four episodes, Trinity is far out front in the quest to claim the crown. Her strongest competition looks to be Manila Luzon. Each of them has won a single episode to date: Trinity took the title in the season premiere. After sharing victory with Monique Heart in the main challenge, a variety show, she won the lip sync with her rendition of the Mariah Carey classic “Emotions.”

Manila managed to eke out a win over Trinity in episode 3 where they faced off in the “Snatch Game.” While Trinity went with the look and sound Caitlyn Jenner, Manila wowed the judges with her impression of Barbra Streisand. They then were pitted each other in the lip sync, with Manila claiming the win for her performance of “How Will I Know” by Whitney Houston.

Who do you think is going to win episode 5, “Roast in Peace,” which airs on January 11? Will it be Trinity, Manila or one of the other four girls still running in the race (Naomi Smalls, Valentina, Monet X Change and Monique Heart)?

The six queens compete in a comedy roast and must write and perform a “Rulogy” for a drag legend, Lady Bunny. This week’s guest judges are Cecily Strong from “Saturday Night Live” and actress Yvette Nicole Brown.

Do you agree that Trinity will win “RuPaul’s Drag Race All Stars 4,” as our odds predict? Or do you think that one of the other five fearsome queens will stage a coup? Be sure to make your predictions and then sound off below in the comments section.

Your predictions influence our reality TV racetrack odds. You can keep changing your mind until just before the next episode airs on VH1. You’ll compete to win a spot on our leaderboard and eternal bragging rights. See our contest rules and sound off with other fans in our reality TV forum. Read more Gold Derby entertainment news.