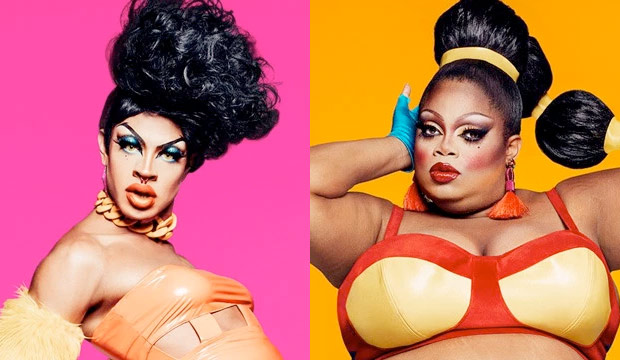 The battle lines have been drawn on Season 11 of “RuPaul’s Drag Race,” with Yvie Oddly on one side and Silky Nutmeg Ganache on the other. It all started in the seventh episode when Silky told host RuPaul Charles that she thought Yvie should be the next queen to leave the competition. “I think Yvie should go home just because she’s hurt, and we don’t got time for that,” Silky proclaimed, referring to Yvie’s twisted ankle. That prompted Yvie’s claws to come out. When it comes to this season’s dramatic feud, are you Team Yvie or Team Silky? Vote down in our poll.

“That’s like a crock of bulls***,” Yvie said in a confessional about Silky’s statement. “Silky just doesn’t want to look shady on TV and tell Ru that she wants me to go home because she doesn’t like me or the fact that I called her out, which is the real reason.”

Yvie explained to RuPaul that she’s sprained her ankles before and that she’ll “bounce back” in a day or two. “I think if anyone is worried about it, it should be my competitors because it goes away fast,” Yvie smiled. When Ru asked her who should go home next, Yvie replied, “Silky Ganache. I think Silky has been the most resistant to your critiques and the judges.”

SEE‘RuPaul’s Drag Race’ showmance alert: Miss Vanjie and Brooke Lynn ‘have a crush on each other’

Silky later declared, “I would love to see Miss Yvie in a lip sync for your life. I’m gonna send that bitch all the way back to Denver really soon.” So far this season Yvie has received high marks in six out of seven episodes, winning in Week 2, while Silky has only received high marks in three episodes, winning in Week 4. Neither queen has yet to lip sync for their lives, but with only eight contestants remaining there’s no place left to hide.

Fans of “Untucked” saw the two queens really go at it after last week’s runway. “Silky, I’m a little pissed at you that you tried to throw me under the bus,” Yvie hissed. “I finished our routine with my sprained ankle doing s*** you could not dream of.” Silky then wiped her hands in the air and responded, “We probably won’t be friends after this show.” You think?!