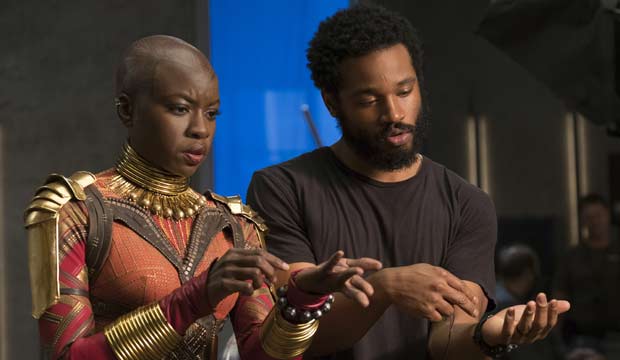 As of this writing the combined odds of thousands of Gold Derby users predict nine Oscar nominations for “Black Panther,” so why isn’t Best Director one of them? We might be making a crucial mistake; 23 years of Academy Awards history strongly favors filmmaker Ryan Coogler to earn a bid.

The last film to receive nine or more Oscar nominations without Best Director among them was “Apollo 13,” which had nine bids back in 1995, and even then it was a huge surprise that it missed in the directing race. That film was helmed by Ron Howard, who was nominated at the Golden Globes and Critics’ Choice Awards and even won the Directors Guild Award, which has historically been a spot-on predictor of Best Director at the Oscars.

Since then, every single film with at least nine nominations has contended for Best Director, including genre movies like “Avatar” (2009), “Gravity” (2013) and “Mad Max: Fury Road” (2015) that aren’t usually the academy’s cup of tea.

Interestingly though, there have been several films since “Apollo 13” that had eight nominations but were snubbed for Best Director, but those were also shocking to various degrees. “Moulin Rouge!” (2001), “Cold Mountain” (2003), “Dreamgirls” (2006), “The Dark Knight” (2008), “Inception” (2010), “Les Miserables” (2012) all missed directing bids despite being considered top Oscar contenders earlier in their awards seasons.

But Coogler hasn’t been in this year’s Oscar conversation as prominently as the aforementioned films’ directors were. He only ranks eighth in our predictions with 30/1 odds, with only 17% of our Experts (5 out of 30) picking him to make the cut: Jack Mathews (Gold Derby), Kevin Polowy (Yahoo), Claudia Puig (KPCC), Keith Simanton (IMDb) and Anne Thompson (IndieWire).

Meanwhile, an overwhelming 90% of Experts (27 out of 30) think “Black Panther” will be nominated for Best Picture. So why the disconnect? True, it might be challenging to convince Hollywood’s elite to wholeheartedly embrace a Marvel superhero film, but if we think the academy will give it nine nominations including a historic Best Picture bid, why not Best Director too? Coogler certainly has the pedigree after making acclaimed awards contenders “Fruitvale Station” (2013) and “Creed” (2015).

It could be the fact that Coogler has yet to make much of an impact for his direction at the early fall awards. He was absent from the Golden Globes even though “Black Panther” is up for Best Film Drama, and he didn’t get in for directing at the Critics’ Choice Awards even though he’s up for Best Adapted Screenplay. His sole wins for directing thus far were from the African-American Film Critics Association and the Black Film Critics Circle Awards, though that’s still impressive in a year that also included films by Spike Lee (“BlacKkKlansman”), Barry Jenkins (“If Beale Street Could Talk”) and Steve McQueen (“Widows”).

But the Golden Globes and Critics’ Choice Awards are presented by press groups and not by the industry insiders who vote for the Oscars, and every time the industry has had its say in the last 22 years, a film worthy of nine nominations has always been worthy of Best Director. So you may want to check your predictions and count your categories. Depending on how many times you’re betting on “Black Panther,” you might have missed a spot.