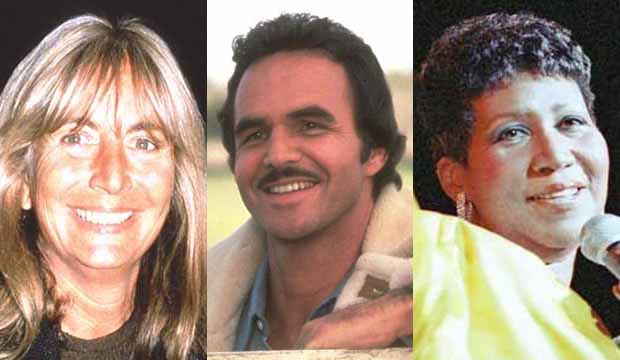 Sunday’s telecast of the 2019 Screen Actors Guild Awards will feature a special In Memoriam segment devoted to many of the actors and actresses who have died since last year’s ceremony in late January. Sure to be among those saluted include actress and director Penny Marshall, Oscar nominee and Emmy winner Burt Reynolds and Grammy winner Aretha Franklin. Visit our own Gold Derby memoriam galleries for the year of 2018 and the newly-started gallery for 2019.

The 25th annual ceremony will be hosted by past winner Megan Mullally (“Will and Grace”) for TNT and TBS on Sunday, January 27, at 8:00 p.m. ET; 5:00 p.m. PT. Tom Hanks will be presenting the SAG life achievement award to Alan Alda.

Over 100 people in SAG/AFTRA have passed away in the past 12 months. Which of the following 50 names will also be featured in the televised tribute?