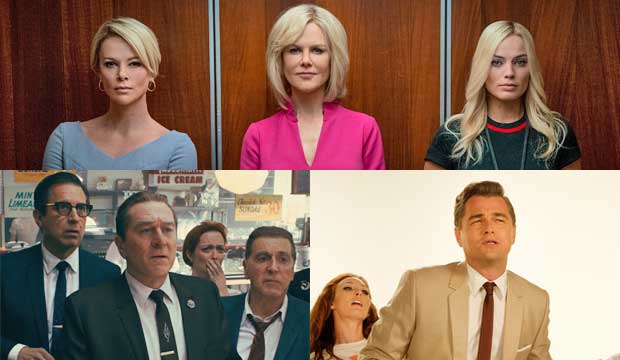 As it did at the Golden Globes earlier this week, Netflix monopolized the Screen Actors Guild Awards nominations by scoring seven nods for films and 13 for TV. “The Irishman,” which earned a spot  on the list of  films competing for Cast in a Motion Picture — the SAG equal to a Best Picture honor — tied with “Bombshell’ and “Once Upon a Time in Hollywood” for the most film bids with 4.

Here is the complete list of films with multiple nominations:

Here is the nomination count by film studio:

The 26th annual Screen Actors Guild Awards will air at 8 p.m. ET/5 p.m. PT on Sunday, January 19 on both TBS and TNT when Leonardo DiCaprio will present Robert De Niro with the SAG Life Achievement Award.