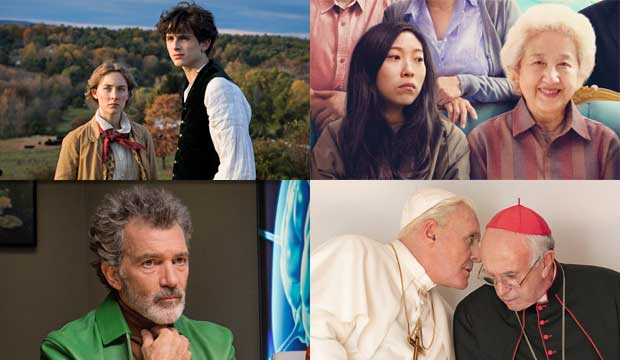 The 2020 Screen Actors Guild Awards announced their nominations on Wednesday morning, December 11, but with only six film categories honoring the best performances by individual actors and ensemble casts, there were bound to be significant omissions. Scroll down to see some of the most noteworthy names who missed out, and check out the complete list of nominations here.

The SAG Awards are decided by the 160,000 members of the SAG-AFTRA union that represents a wide variety of industry professionals including actors, recording artists, TV hosts, stunt performers and much more, but the nominations were chosen by a much smaller nominating committee of 2,500 members who are randomly selected every year to choose the nominees. And this year their favorite casts were “Bombshell,” “The Irishman,” “Jojo Rabbit,” “Once Upon a Time in Hollywood” and “Parasite.”

We thought “Marriage Story” would make the cut in the top category, but it still got three individual performance noms, so that wasn’t such a big snub. Much more significant was the absence of “Little Women” from the top category. Actually, “Little Women” is absent from every category. But for a film that started screening for press and industry as late as “Little Women” did, perhaps it was a challenge for reach enough members of the nominating committee in time. That might also explain the absence of “1917,” which wasn’t considered a top contender in most of these categories but was conspicuously absent from the race for stunt ensembles.

“The Farewell” was shut out too. Not only did it miss in the top category, it didn’t earn individual acting noms for Awkwafina or Zhao Shuzhen either. “The Two Popes” suffered the same fate with both pontiffs — Jonathan Pryce and Anthony Hopkins — missing out after that film did so well in the Golden Globe nominations. Antonio Banderas (“Pain and Glory”) missed out too even after winning both New York and Los Angeles critics prizes and earning noms from the Globes and Critics’ Choice Awards.

And after missing at the Globes Robert De Niro was snubbed again for his individual performance as the title character in “The Irishman,” though he did earn a nom as a member of the ensemble cast. And he’ll be receiving the Life Achievement Award from the Screen Actors Guild, so perhaps voters thought he’d be duly rewarded there. But when it comes to snubs, De Niro is in good company. See who else joined him on the cutting room floor below.