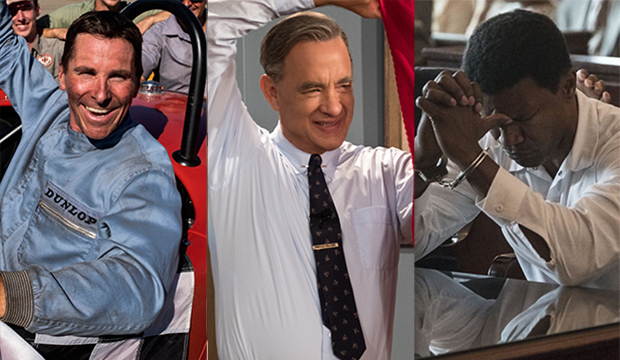 Last year, Christian Bale, nominated for “Vice,” was aiming to be the first man to win the lead and supporting prizes at the Screen Actors Guild Awards, but he lost to Rami Malek (“Bohemian Rhapsody”). With his lead nomination for “Ford v Ferrari” on Wednesday, he has another chance to make history — but there’s some competition this time.

Unlike last year when Bale was the only male nominee who could’ve completed the lead-supporting set, two other people have a shot, Tom Hanks (“A Beautiful Day in the Neighborhood”) and Jamie Foxx (“Just Mercy”). They’re hoping to add supporting statuettes to go with their lead wins for “Forrest Gump (1994) — Hanks won at the first SAG Awards ceremony — and “Ray” (2004), respectively. Bale has the opposite resume: He won in supporting for “The Fighter” (2010) and needs one in lead.

SEE Here are all the SAG Awards nominees

A win, however, is probably going to be tough for Bale, Hanks or Foxx to swing. Hanks was expected to be shortlisted, but Bale and Foxx were surprises; Bale was in ninth place in our odds and Foxx was in seventh (not-so humblebrag: I did predict Foxx). Foxx’s nomination was his first major one of the season. All three are the sole nominees for their films and have some pretty stiff Oscar frontrunners to take down.

In our early odds, Bale is in fifth place, trailing Joaquin Phoenix (“Joker”), Adam Driver (“Marriage Story”), Leonardo DiCaprio (“Once Upon a Time in Hollywood”) and Taron Egerton (“Rocketman”). Hanks and Foxx are picking up the rear in supporting, behind Brad Pitt (“Once Upon a Time in Hollywood”), Joe Pesci (“The Irishman”) and Al Pacino (“The Irishman”).