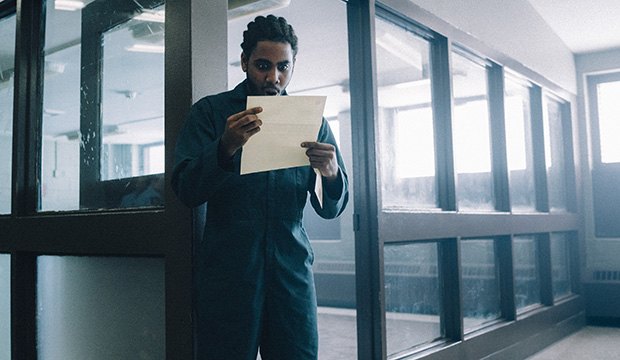 Sorry, Darren Criss, but your reign as the youngest Screen Actors Guild Award winner for limited series/TV movie actor looks to be short-lived. “When They See Us” star and Emmy champ Jharrel Jerome is the frontrunner to take the prize in January, and like Criss just did, he’d destroy the record.

Criss was nine days shy of his 32nd birthday when he prevailed on Jan. 27 for “The Assassination of Gianni Versace: American Crime Story,” becoming the first person in his 30s to win the award and shaving nine years off of the previous record held by Gary Sinise, who was 40 when he won for “Truman” in 1996. Sinise took home a second statuette two years later, for “George Wallace,” and currently occupies two spots in the top five youngest winners.

At 22, Jerome would, obviously, be the first twentysomething to win — just like he was at the Emmys — and knock off another nine years. (He is not the youngest Emmy winner in that category, as then-17-year-old Anthony Murphy won for “Tom Brown’s Schooldays” in 1973.)

Just like the Emmys and Golden Globes, where Jerome is also attempting to be the corresponding category’s youngest champ, the SAG Awards favors older gents in this category. Before Criss’ win, the average winner’s age was 54.9, skewed thanks to two icons who never had a chance to win a SAG Award for their film work in their primes, Paul Newman (“Empire Falls,” 2006), who was 81 at the time of his victory, and Jack Lemmon (“Tuesdays with Morrie,” 2000), who was 75.

Jerome is the youngest by far of our predicted top five. His Emmy rivals, who sit in second through fourth, Jared Harris (“Chernobyl”), Sam Rockwell (“Fosse/Verdon”) and Mahershala Ali (“True Detective”) are 58, 51 and 45, respectively. In fifth place is Aaron Paul (“El Camino: A Breaking Bad Movie”), who despite his youthful face is now 40, because we’re all getting old.

See the SAG Awards’ winners for limited series/TV movie actor from youngest to oldest below.