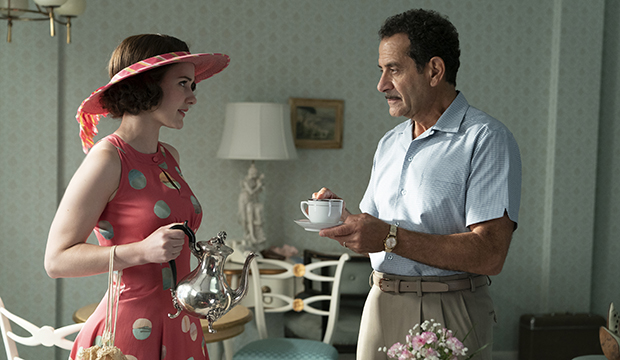 When the Screen Actors Guild Awards likes something, it double-downs on it. Despite only being in its 26th year, the SAG Awards has had tons of repeat winners on the TV side. This year, only three of the six regular series acting categories include the defending champ, so which one of them is most likely to repeat?

Interestingly, only the comedy categories could have the same back-to-back winners — made easier by the fact that “The Marvelous Mrs. Maisel” swept all three races last year and it’s back again in all three. On the drama side, Jason Bateman is ineligible since “Ozark” didn’t air in 2019, while Sandra Oh was dropped in drama actress in favor of her “Killing Eve” co-star Jodie Comer (this is the second time she’s been “replaced” by her co-star after winning; she won for “Grey’s Anatomy” in 2007 and was snubbed the next year, when Chandra Wilson won). And two-time defending champ “This Is Us” was sidelined from the drama ensemble field for the first time since its inaugural season. (Patricia Arquette could go back to back in limited series/TV movie actress, but it would, obviously, be for two different shows, “Escape at Dannemora” and “The Act.”)

“Maisel” won comedy ensemble, actress for Rachel Brosnahan and actor for Tony Shalhoub last year. Alex Borstein was nominated alongside Brosnahan last year and made the cut again with her this time as well in the single comedy actress category. At the moment, none of them are predicted to defend their titles in our odds: “Fleabag” is the frontrunner to take ensemble and actress for Phoebe Waller-Bridge, and two-time reigning Emmy champ Bill Hader (“Barry”) is expected to finally add the SAG statuette to his trophy case. The “Maisel” ensemble is second place, while Brosnahan and Shalhoub are in third in their races behind Catherine O’Hara (“Schitt’s Creek”) and Andrew Scott (“Fleabag”), respectively, as well.

SEE Why ‘The Marvelous Mrs. Maisel’s’ Rachel Brosnahan is more likely to repeat at the SAG Awards than you think

But SAG Awards history favors at least one back-to-back winner. The last time no defending champ repeated was at the 21st ceremony in 2015, and that didn’t even have a completely brand new slate of winner since “Downton Abbey” won its second drama ensemble award after losing the previous year to “Breaking Bad.” The last time there were first-time winners across the board was at the 7th ceremony way back in 2001.

Since “Fleabag” took down “Maisel” in comedy series and actress at the Emmys, it feels difficult to bet against the phenomenon in the ensemble and actress races, but the third season was just released, which could help Midge & Co. Ironically, Shalhoub won the comedy supporting actor Emmy, but his lower odds this time around are likely due to the fact that he is not up against a double vote-split. Last year, he benefited from being the sole single nominee up against two co-stars from “Barry” (Hader and Henry Winkler) and two co-stars from “The Kominsky Method” (Michael Douglas and Alan Arkin); Winkler was snubbed this year. Brosnahan and Borstein were in a double vote-split situation last year as well since “Grace and Frankie’s” Jane Fonda and Lily Tomlin were also nominated, but Brosnahan was able to overcome it being the marvelous Mrs. Maisel herself.