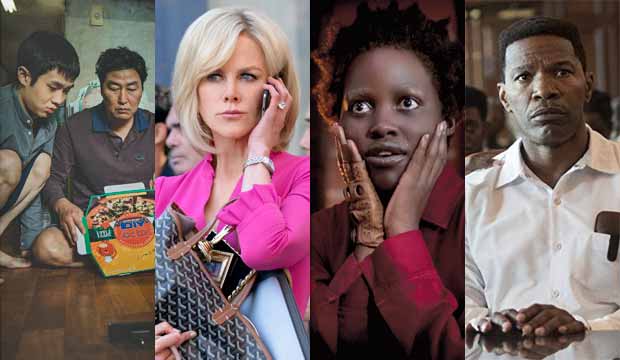 Our official racetrack odds correctly predicted most of the nominees for the 2020 Screen Actors Guild Awards for film, but as always there were some nominees who caught us off guard — nine to be exact. Scroll down to see the list of the surprise nominees we should’ve seen coming, and check out the complete list of contenders here.

Only two of the nine nominees we missed were such long shots in our predictions that they had 100/1 odds. One of them was the satirical Korean thriller “Parasite,” which snuck its way into the top category for its ensemble cast. That makes it the first fully foreign-language film to be nominated in that race since “Life is Beautiful” (1998). Other foreign Oscar contenders like “Crouching Tiger, Hidden Dragon” (2000), “Amour” (2012) and “Roma” (2018) couldn’t even pull that off.

We were also taken by surprise by “Bombshell” — twice! We expected it to be nominated for Charlize Theron‘s lead performance and Margot Robbie‘s supporting role, but it also made the cut for its ensemble cast, and 100/1 underdog Nicole Kidman managed a supporting nomination of her own. If you had told us this time yesterday that Kidman would earn an individual acting nom for “Bombshell” but not her HBO drama series “Big Little Lies,” we probably wouldn’t have believed you.

Jamie Foxx was unexpectedly nominated for his supporting role as an innocent man on death row in “Just Mercy,” which is the first major recognition this season for that docudrama. The guild has long been fond of Foxx; this is his sixth nomination overall, and he’s a past winner for “Ray” (2004). But this is his first nomination in 13 years.

Who else ambushed the SAG Awards? See all the surprise nominees below.

BIG SURPRISES
These contenders were nominated despite being 100/1 long shots in our racetrack odds.

Cast in a Motion Picture
“Parasite”

CLOSE CALLS
We knew they had a shot, but they weren’t among our top five predicted contenders.