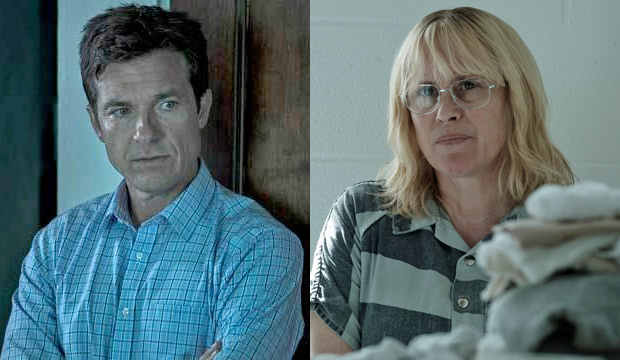 Of the nine TV categories presented at the 2019 SAG Awards, Gold Derby’s collective 2,000 users only correctly predicted these five: the ensemble cast of “The Marvelous Mrs. Maisel,” the stunt team of “GLOW,” Rachel Brosnahan (“Mrs. Maisel”), Sandra Oh (“Killing Eve”) and Darren Criss (“The Assassination of Gianni Versace”). That means as a group we incorrectly got four categories wrong — Oopsie!

Our combined group of odds-makers included Expert journalists from top media outlets, Gold Derby’s Editors who cover awards year-round, our Top 24 Users who got the highest scores predicting last year’s SAG winners, the All-Star Users who’ve done the best predicting the past several years, and everyday Users like you. So which four SAG TV categories surprised us the most?

Outstanding Performance by an Ensemble in a Drama Series — Instead of our predicted winner “The Americans” claiming the ensemble prize, the more than 120,000 SAG-AFTRA voters went with “This Is Us” for the second year in a row. Cast members Mandy Moore and Justin Hartley gave the speech this year on behalf of their entire ensemble. “Our show wouldn’t be what it is without you,” Moore declared about all of her show’s impressive guest actors.

Outstanding Performance by a Male Actor in a Drama Series — Last year’s winner Sterling K. Brown (“This Is Us”) didn’t take home an individual bookend trophy as we predicted, as voters instead decided to honor Jason Bateman with his first trophy for “Ozark.” At the podium Bateman remarked simply, “This is reassuring.” Bateman also earned big applause by mentioning his fan-favorite comedy “Arrested Development” that put him on the TV map a decade ago.

SEE2019 SAG Awards TV report: ‘Mrs. Maisel’ and ‘This Is Us’ are big winners at 25th ceremony [UPDATING LIVE BLOG]

Outstanding Performance by a Male Actor in a Comedy Series — The ultimate winner, Tony Shalhoub (“The Marvelous Mrs. Maisel”), was actually in fourth place in our predictions. Instead, we thought that Michael Douglas (“The Kominsky Method”) would prevail. So what happened? There was likely a vote-split between “Kominsky” and “Barry,” as both shows had two men nominated. On stage Shaloub admitted that he had “nothing prepared,” then singled out Alan Arkin for being an “idol of mine” for years.

Outstanding Performance by a Female Actor in a Miniseries or Television Movie — We thought that Amy Adams would prevail for “Sharp Objects,” but the winner instead was Patricia Arquette (“Escape at Dannemora”). Arquette joked at the podium that at first she thought the “other” Patricia [Clarkson] from “Sharp Objects” was the winner and she was prepared to congratulate her, but in the end she was happy to take home the trophy. Emmy next?