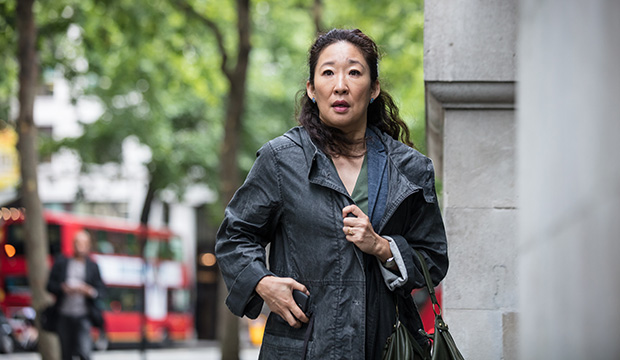 Sandra Oh has become an awards magnet for her performance as British intelligence agent Eve Polastri in “Killing Eve.” Over the past few weeks she racked up wins at the Golden Globes, Critics’ Choice Awards and Screen Actors Guild Awards, winning over huge competition like Laura Linney (“Ozark”), Elisabeth Moss (“The Handmaid’s Tale”) and Julia Roberts (“Homecoming”). Yet, one cannot help but notice a major award missing from that sweep: the Emmy. Oh remains unrewarded at the Emmys, even for her acclaimed work on “Grey’s Anatomy,” and she lost for the first season of “Killing Eve” this past September. With all those precursors under her belt, will Emmy voters finally reward her this September after six losses?

Ever since the premiere of “Killing Eve,” Oh has been earning career-best raves from critics, with Vulture’s Matt Zoller Seitz even claiming back in June that she gives “the performance of the year so far, in any medium.” It didn’t hurt that “Killing Eve” became a word-of-mouth hit, with each episode gaining in viewership, who were spellbound by the twisted relationship between Eve and serial killer Villanelle (Jodie Comer). All of this buzz translated to an Emmy nomination for Oh, who became the first Asian actress nominated for Best Drama Actress in the award show’s history. Oh would lose the Emmy to Claire Foy, voters’ last opportunity to recognize her for her work on “The Crown.”

It would seem that with Foy no longer in contention and Moss’s show “The Handmaid’s Tale” not expected to air before the Emmy deadline, Oh has a good shot of winning that Emmy in September for “Killing Eve” Season 2. Even with all these recent precursor wins, though, Oh could still come up short at the Emmys. She won both the Golden Globe and SAG Award in January 2006, but later went on to lose the Emmy to Blythe Danner in “Huff.” Oh was nominated every year for the first five seasons of “Grey’s Anatomy” but she missed out on a win every single time.

Of course, winning for Season 2 of “Killing Eve” may depend on the quality of the season itself. Phoebe Waller-Bridge, who developed the series and wrote multiple episodes of the first season, stepped down as a head writer going into Season 2. Much of “Killing Eve’s” appeal was in its unique blend of dark humor and pulpy intrigue, which has largely been attributed to Waller-Bridge.

Luckily, Waller-Bridge is still involved as a producer and Oh has recently spoken about how the Eve-Villanelle relationship “deepens” in the second year, which certainly suggests strong material ahead. Season 2 of “Killing Eve” is set to premiere April 7 on BBC America and will be simulcast on AMC.