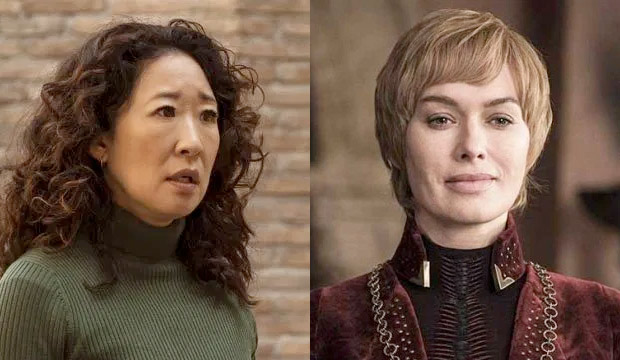 The Emmys are a notoriously unsentimental bunch, as we saw last week with the guest categories, passing over overdue favorites Phylicia Rashad and Adam Sandler. Several actors went into Sunday’s Emmy telecast with numerous losses under their belt, hoping this may finally be their time to go from bridesmaid to bride. Would Sandra Oh finally find herself wielding an Emmy statuette? Could actors on the last seasons of their shows get a farewell hug, like Lena Headey? (See full list of Emmy winners.)

The TV academy has gone for a few performers in their final seasons, like Jon Hamm (“Mad Men”) and Matthew Rhys (“The Americans”), but there are also countless instances of actors never winning for iconic performances, like Steve Carell in “The Office,” Martin Sheen in “The West Wing” and Amy Poehler in “Parks and Recreation.” Unfortunately, there were no instances of majorly overdue actors winning at this year’s Emmys, with one notable exception. Jason Bateman won Best Drama Directing for “Ozark,” his first Emmy win from seven nominations. Though even in that case, three of those bids came this year, so he didn’t quite have the trail of past losses like others here.

SEE 2019 Emmys: Best and worst dressed on the red carpet

Here are the eight actors who have now racked up at least five Emmy losses that voters passed over this year.

Oh went into the night with a narrative similar to Glenn Close at the Oscars earlier this year, with loss after loss in the past but precursor wins that indicated victory at long last. The actress was nominated for “Killing Eve” in Drama Actress and as a producer in Best Drama Series, losing the former to co-star Jodie Comer. She lost last weekend as well for her guest-hosting on “SNL” and for producing the Golden Globes, making her overdue narrative even stronger moving forward. Her other losses include five for “Grey’s Anatomy” and another for “Killing Eve.”

While most were not predicting Cheadle to win Best Comedy Actor for “Black Monday,” few seemed to be talking about how overdue he is becoming. However, Cheadle and co-presenter Kristen Bell stealthily made note of all those losses on the Emmy stage, so a win may be coming in his future. He was nominated four times for “House of Lies,” once for a guest spot on “ER” and three times in the limited series/movie categories for “Things Behind the Sun,” “A Lesson Before Dying” and “The Rat Pack.”

Wright racked up nominations for all six seasons of “House of Cards” for playing Claire Underwood. She also earned two nominations as a producer when the show was nominated for Drama Series in 2016 and 2017. That brings her total up to eight, and while Oh was eating up the “It’s her time” narrative in Drama Actress, they now sadly commiserate over their collective Emmy losses.

Banks was first nominated for “Wiseguy” back in 1989 but it wasn’t until the 2010s that he racked up the majority of his nominations, all for playing Mike Ehrmantraut on “Breaking Bad” and “Better Call Saul.” Unfortunately, Emmy voters haven’t been keen to actually reward “Better Call Saul,” but it’s possible there could be a windfall that includes Banks for its final season down the road.

Chlumsky earned six noms in a row in Comedy Supporting Actress for “Veep.” This was the last chance for voters to give her the Emmy for playing Amy Brookheimer in the HBO political satire. She is only behind Julia Duffy (“Newhart”) in this category for having the most nominations without a win.

SEEEmmys ‘In Memoriam’ paid tribute to Tim Conway, Valerie Harper and Doris Day – but who was left out?

This was also the last chance for Headey as Cersei Lannister in “Game of Thrones,” who went into the night with four previous losses in Drama Supporting Actress. While she had less to do in this final season, the totality of her work on the series could have been enough to get her on that Emmy stage at last, but she had tough competition from her three nominated co-stars.

Arkin has been nominated for a wide variety of projects at the Emmys dating all the way back to the ‘60s. He has been acknowledged for “ABC Stage 67” in 1967, “Escape from Sobibor” in 1987, “Chicago Hope” in 1997, “The Pentagon Papers” in 2003 and now “The Kominsky Method” in 2019. Getting a nomination once every decade or so, it remains to be seen if he can finally get that Emmy win at some point in the 2020s.