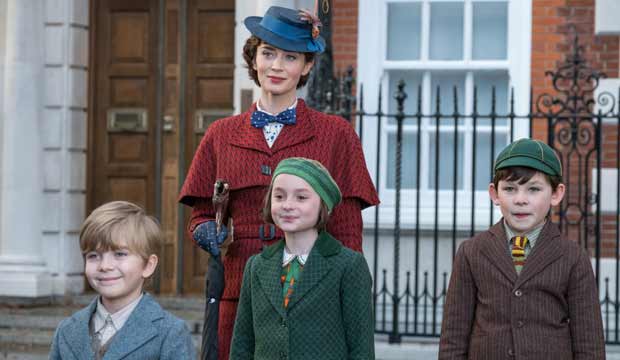 Edith Head, the reigning costume designer in ’50s Hollywood who died in 1981 and is the inspiration for “Incredibles 2’s” clothier to the superheroes, Edna Mode, has an Oscar record that will likely stand the test of time: 35 nominations and eight wins, including for Audrey Hepburn‘s dreamy outfits in 1953’s “Roman Holiday.”

But this year, British stylist Sandy Powell has two chances to become the third living costume designer with the most Oscar wins with four. She is up for both the royal romp “The Favourite” and for the natty ’30s-era stylings of the musical comedy “Mary Poppins Returns.” The frequent collaborator with Martin Scorsese currently has three Academy Awards for her work on 1998’s “Shakespeare in Love,” 2004’s “The Aviator” and 2009’s “The Young Victoria.” If she wins another, she would match Milena Canonero and Colleen Atwood‘s record of a quartet of trophies.

The versatile Powell, whose first nomination was for 1992’s “Orlando,” has already set a record as the living costumer with the most nominations with 14, beating Atwood’s 12. Besides the recently announced Costume Designers Guild ballot, she has doubled up on the BAFTA ticket and already has been honored for “The Favourite” by the British Independent Film Awards.

As for having multiple Oscar nominations in a single year, the in-demand Powell has achieved a double twice before — in 1998 while attiring the ensemble casts of “Shakespeare in Love” and “Velvet Goldmine” and in 2015 for her work on “Carol” and “Cinderella.” She already was given a career achievement honor from the Costume Designers Guild in 2010, although she shows no signs of retiring her sketch book anytime soon. The good news is, at 58, she is likely to get an opportunity to at least come close to Head’s record.

Be sure to check out how our experts rank this year’s Oscar contenders. Then take a look at the most up-to-date combined odds before you make your own Oscar predictions. Don’t be afraid to jump in now since you can keep changing your predictions until winners are announced on  February 24.