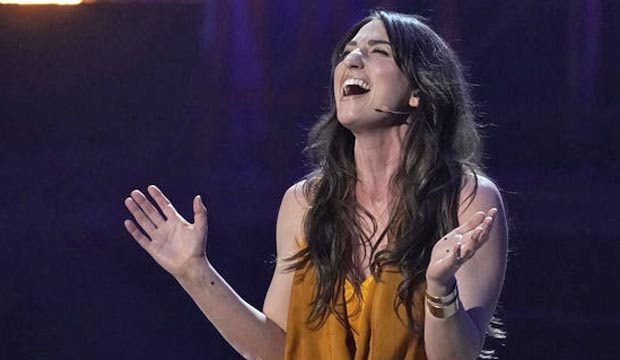 Singer-songwriter Sara Bareilles has been nominated for a little bit of everything, but as she joked with her Tony Awards co-host Josh Groban earlier this year, she hasn’t actually won anything yet. Will “Jesus Christ Superstar” finally get her on the board at the Grammys?

Bareilles is nominated for Best Musical Theater Album for the soundtrack for “Jesus Christ Superstar,” the live NBC concert event that also earned her an Emmy bid for Best Movie/Mini Supporting Actress a few months ago. She played Mary Magdalene, and she’s one of the principal soloists credited with the nomination along with Alice Cooper, Ben Daniels, Brandon Victor Dixon, Erik Gronwall, Jin Ha, Norm Lewis, Jason Tam and Jesus himself, John Legend.

That’s a lot of star power for one album. Legend is a 10-time Grammy champ, and a winner of the EGOT grand slam to boot. Dixon and Lewis have previous Grammy nominations for musical theater cast recordings. And rock icon Cooper has two past Grammy nominations, but like Bareilles he hasn’t won yet, so the recording academy could reward two overdue music stars for the price of one.

This is the seventh career nomination for Bareilles. She’s a past nominee for Song of the Year (“Love Song,” 2009) and Album of the Year (“The Blessed Unrest,” 2014). And she contended for Best Musical Theater Album for “Waitress” (2017), which she also received a Tony nomination for composing. As you might have guessed, she didn’t win that either. “Waitress” didn’t stand a chance against “Hamilton” at the Tonys; if she had been nominated in any other year she might have won.

But while the “Superstar” soundtrack is loaded with, well, superstars, this Grammy category usually goes to Tony-winning Broadway productions and not to Emmy-winning TV musicals. Recent victors include “Spring Awakening” (2008), “The Book of Mormon” (2012), “Kinky Boots” (2014), the aforementioned “Hamilton” (2016) and most recently “Dear Evan Hansen” (2018). And “Superstar” is up against those kinds of award winners from the Great White Way.

Also nominated in this category are the most recent Tony winners for Best Musical (“The Band’s Visit”) and Best Musical Revival (“Once on this Island”), along with two other revivals of classic shows (“Carousel” and “My Fair Lady”). That’s tough competition, especially “The Band’s Visit,” which dominated the Tonys with 10 wins overall; if the recording academy is half as enthusiastic about the show, it could be tough to beat here. “Jesus,” take the wheel.