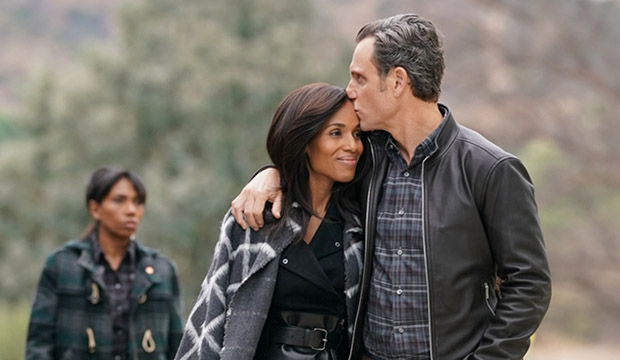 Olivia and Fitz presumably went off to Vermont to make jam for the rest of their lives after he picked her up in last year’s series finale of “Scandal.” But their portrayers, Kerry Washington and Tony Goldwyn, have been busy on the Great White Way, which means we could be treated to an Olitz reunion at the Tony Awards.

Washington headlined “American Son,” which ended its limited two-month run on Jan. 27 (don’t worry, a Netflix adaptation is on the way if you didn’t get a chance to see it). She’s currently in sixth place in our Best Actress in a Play odds for the production, which follows an estranged interracial couple who reunites at a police station when their teenage son goes missing. This would be the first Tony bid for Washington, who was twice Emmy-nominated for “Scandal.” Glenda Jackson (“King Lear”), Laurie Metcalf (“Hillary and Clinton”), Elaine May (“The Waverly Gallery”), Annette Bening (“All My Sons”) and Laura Donnelly (“The Ferryman”) are the predicted top five.

Goldwyn is still on Broadway in the stage adaptation of “Network,” which opened in December and recently extended its run to June 8, the day before the Tonys. An Obie Award winner for “The Sum of Us” (1991), Goldwyn is also seeking his first Tony nomination for his turn as TV exec Max Schumacher, a role that earned William Holden an Oscar bid for the 1976 classic. While Holden competed in lead, losing to late co-star Peter Finch, Goldwyn is in the featured race, where he’s in third place, behind Gbenga Akinnagbe (“To Kill a Mockingbird”) and Brandon Uranowitz (“Burn This”). Tom Glynn-Carney (“The Ferryman”) and Andrew Rannells (“The Boys in the Band”) are in fourth and fifth, respectively.

Washington’s and Goldwyn’s runs overlapped a couple months, and the two of course made sure to support one another, because #ScandalFam love runs deep and forever. Goldwyn attended opening night for “American Son” in November and Washington took in a preview show of “Network” a few weeks later on her day off.

Once more in awe of my friend @kerrywashington! #AmericanSonPlay opened last night and the audience held its breath the entire time. Her performance is mind-blowing. GO SEE THIS PLAY!!!

Last night we got to see @networkbway and it was AMAZING. It’s bold & innovative & FUN. But also tremendously provocative & moving & important. @bryancranston @tonygoldwyn & @tatianamaslany are truly fantastic. Congrats to the entire company!!!!! So inspiring. XOXOXOXOXOXOXO #networkbway

So you now they’ll definitely give Olitz fans what they want if they’re at the Tonys together.