Scott Z. Burns has long been a fan of 1970s political thrillers like “The Parallax View” (1974) and “All the President’s Men” (1976). So as he was writing “The Report,” which would also become his directorial debut, he felt like this ripped-from-the-headlines drama “wanted to be a paranoid thriller.” So he “re-immersed” himself in the works of Alan J. Pakula and Sidney Lumet, “looking for guidance from those movies” and for elements he could incorporate into this one. Watch our exclusive video interview with Burns above.

The Amazon Studios release tells the true story of senate staffer Daniel J. Jones (Adam Driver), whom California Senator Dianne Feinstein (Annette Bening) tasked with writing a report on the Detention and Interrogation Program set up by the CIA under the Bush administration after 9/11. “Like a lot of people, I had an awareness of what the CIA did after 9/11 in terms of this thing called an enhanced interrogation program, which was really a euphemism for torture,” Burns explains, “I was horrified that this went on, because like a lot of people, I feel like that’s not what America was meant to be about.”

SEE Will ‘The Report’ finally deliver a long overdue Oscar to Annette Bening?

Yet what drew Burns to the story wasn’t necessarily the subject matter so much as the person at the center of it. “What I always look for is a character,” he says. So when he met the real-life Jones and heard firsthand about his struggle to bring his gargantuan expose to light, “that’s when it felt like this was going to be a movie. First of all, he’s a remarkably heroic figure, but heroic in a way I don’t think we’ve always seen before. He’s very much an everyman who has a job in a bureaucracy, but he did his job with such rigor: he forced the leadership of this committee to stand up and get this report out.”

As a screenwriter, Burns is best known for his work with director Steven Soderbergh (who produced this film), including “The Informant!” (2009), “Contagion” (2011), “Side Effects” (2013) and this year’s “The Laundromat.” Although he has yet to compete at the Oscars, he has contended at BAFTA for Best British Film for “The Bourne Ultimatum” (2007) and at the Gotham Awards as a producer of the documentary “An Inconvenient Truth” (2006). 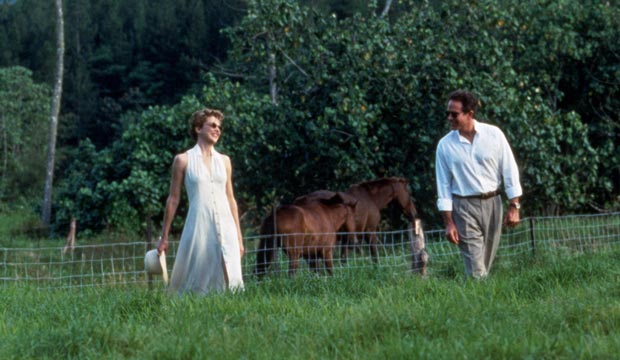