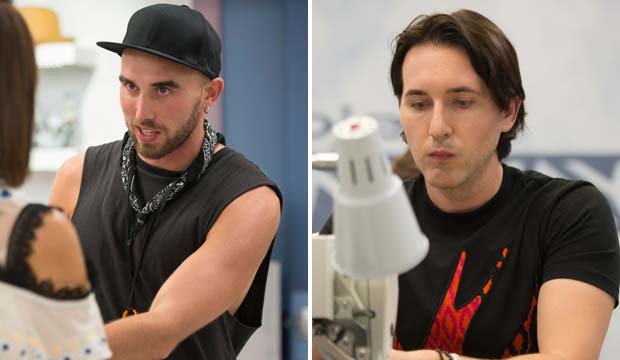 Well that was fast. After winning the design challenge in the season seven premiere of “Project Runway All Stars,” undefeated design dynamo Dmitry Sholokhov shot to the top of our winner predictions. But at the end of that premiere Sean Kelly was added to the show’s lineup in a surprise twist, and it only took him a week to rise to the top. Now Kelly is in pole position, according to the Gold Derby users currently predicting “All Stars.”

Kelly now gets leading odds of 46/25. He previously won season 13 of the original “Runway” series, and this is his first appearance on “All Stars,” but even though he showed up a week late he wasted no time getting on the judges’ good side. In “Top of the Class” the designers were tasked with creating a high-class look for a graduation party in two colors. Kelly made unique use of feathers and ended up as the runner-up for the challenge behind Anthony Ryan Auld.

Sholokhov is pushed down to second place in our predictions with 23/10 odds. He didn’t win the “Class” design challenge last week, but he still has a challenge win under his belt when Kelly doesn’t. And Sholokhov has won two seasons of the show — “Runway” season 10 and “All Stars” season 4 — while Kelly has only prevailed once. But we’ve still got a long way to go this season, and since this is a champions edition of “All Stars” there’s no one who hasn’t been in the winner’s circle at least once.

Do you agree with our users that Kelly is now the designer to beat for the “All Stars” world title, or will he suffer his first defeat?