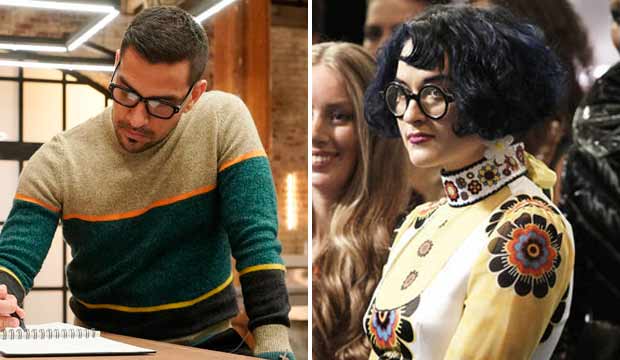 Sebastian Grey is the man to beat on “Project Runway” season 17. That’s according to the combined predictions of Gold Derby’s users this week, and it’s a big jump from last week when he ranked fourth in our racetrack odds. However, Grey didn’t win the design challenge in last week’s show. That was Hester Sunshine, but we’re still skeptical about her chances to win.

Though Grey didn’t win the “All the Rage” challenge, it’s easy to see why the episode launched him to the top of our charts. The Colombian designer had won the previous episode, “The Future is Here,” which was a team challenge in which he not only created his own look but helped construct his teammate Tessa Clark‘s too.

That victory gave Grey immunity from elimination in “All the Rage,” but despite his safety, he went above and beyond the call of duty again with a complex but impeccable garment that made him the challenge’s runner-up. And he moved the judges when he told them that he has worked as a housekeeper to support his design work.

Sunshine beat Grey in the “All the Rage” challenge, but she trails in our predictions. As of this writing she ranks seventh with 35/1 odds. Why so low? Our readers undoubtedly remember how she struggled with fabric choices in both prior challenges, and how she clashed with her teammates in “The Future.” She hasn’t been in the judges’ bottom three yet, and winning “All the Rage” means she has immunity in tonight’s unconventional materials challenge, but whether she can keep it together and win the whole competition remains to be seen.