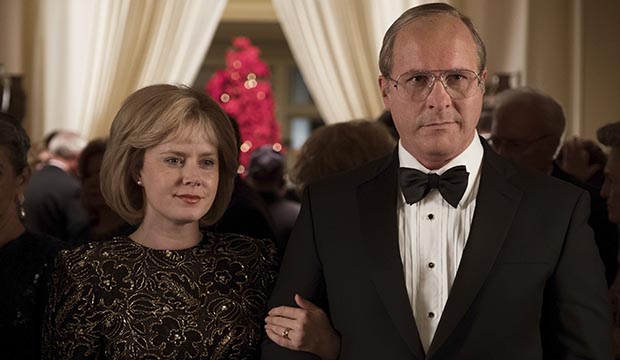 Over the past few weeks, many Oscar voters told Gold Derby who they voted for — and why. They asked us not to reveal their indentities, but they were otherwise eager to share their views of the year’s best films.  Now that voting has concluded, we’ll share a few with you. The comments below by Voter #1 for each category are part of the thought process in choosing these potential winners.

BEST PICTURE: “Vice”
I loved its style and how in-your-face it was. Clearly I agree with the politics of the movie. And as I look back on those films 10 years from now, that is the film that will best represent this time and where we are in this moment. It will have a long life because of that. Second place is “The Favourite.” Third place is “Green Book.”

BEST DIRECTOR: Adam McKay (“Vice”)
I’m going with Adam McKay, although there are really good reasons to vote for every single person in that category as well. They’re totally different movies from Yorgos, Spike and everybody in styles and approaching their subject matters. It boils down for me as to which movie resonated the most.

BEST ACTRESS: Glenn Close (“The Wife”)
I loved Glenn Close and thought she was phenomenal, but I also loved Olivia Colman and Melissa McCarthy. But I would like to see an Oscar in Glenn Close’s hands.

BEST ACTOR: Christian Bale (“Vice”)
Such a tough category because they are all fantastic. For me, it comes down to Christian Bale or Rami Malek almost tied. For Christian, he delivers a performance through his eyes and transformed the way he walked. He didn’t ever remind me he was Christian Bale for even one second, and he’s the way in. I was riveted. Rami carried his movie and you missed him in those seconds he was not on screen. When they would show me something else, I just wanted to get back to him. He perfectly captured Freddie Mercury.

BEST SUPPORTING ACTRESS: Regina King (“If Beale Street Could Talk”)
I loved that movie and it was lyrical and beautiful, but her performance grounded it. She was the audience’s way in, and even I could relate even though I am not of that world to know what she was feeling and how she was trying to protect her child. She has delivered a career of amazing performances, and this is the culmination of that.

BEST SUPPORTING ACTOR: Richard E. Grant (“Can You Ever Forgive Me?”)
I loved Richard E. Grant, and I have loved everything about him since he was nominated. He was just deeply human who was playing a very flawed person who still made you feel for him with a vulnerability in her performance that I just really fell in love with. He made me like him, even though he wasn’t always an easy person to like.

BEST ADAPTED SCREENPLAY: Barry Jenkins (“If Beale Street Could Talk”)
It is singularly one of the most beautiful screenplays, not just in terms of language but in terms of its message. I loved the movie from the very beginning and voted for it in Best Picture in the first round and it didn’t get in. Nothing comes close to what Barry did, and I loved it.

BEST ORIGINAL SCREENPLAY: Adam McKay (“Vice”)
I loved both “Vice” and “The Favourite” for different reasons. For “The Favourite,” because you think you’re going on a delicious romp in the beginning but it becomes something far more serious. For “Vice,” I am a huge fan of McKay’s storytelling techniques where he can take a very complicated or dry subject matter and still bring the audience into it. That’s my choice because the movie worked for me on so many different levels.