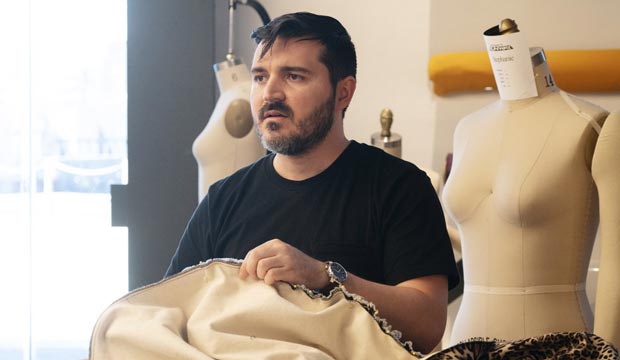 “You made one dress for Billy Porter, and you think you’re f*cking god,” says Tyler Neasloney about his competitor Sergio Guadarrama in a preview for the next episode of “Project Runway,” “The Ultimate Upcycle.” Scroll down to watch below.

So far this season on the design competition the shadiest, most confrontational opinions have been reserved for contestant confessionals. There’s no one throwing down in person just yet, so what we get instead are passive-aggressive exchanges like the one seen here, where Guadarrama, who created a famous Billy Porter look for the 2019 Tony Awards red carpet, shows “concern” for the self-taught designers in the competition. “Technically you have to be so sound at everything,” he fashionsplains to Neasloney.

Guadarrama is good at what he does. That’s certainly not in question, but since the beginning of this season it’s been clear that he doesn’t have, shall we say, any lack of confidence. Granted, reality TV editing can play up or play down a contestant’s best or worst personality traits, but it’s not like the producers used deep fakes to show him saying he’s already as good as judge Brandon Maxwell and is too advanced to need mentor Christian Siriano‘s advice.

Oh, and that time he said he doesn’t design for young people because they’re too poor to afford him — this from the guy who boasts about using upcycled materials for political fashion. There was certainly a political statement there.

I have a feeling the producers are foreshadowing a comeuppance for Guadarrama by emphasizing his ego. What’ll happen if this designer, who has said he expects never to land in the bottom three, finds himself at risk of elimination on the runway one day? Will he lash out at the judges or his fellow designers? Watch out, because Neasloney thinks “Sssssssergio” is definitely a Slytherin.