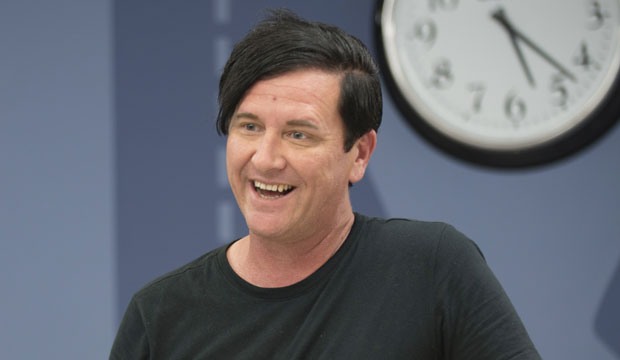 If the stakes on this final all-champions edition of “Project Runway All Stars” weren’t clear enough, they were by the end of episode three, “Buckle Up,” when Seth Aaron Henderson was shockingly ousted in 13th place. This was Henderson’s third time competing on “Runway” and the first time he has ever been eliminated because he won his last two outings: “Runway” season seven and “All Stars” season three. If he could be sent home so soon, no one is safe.

“Buckle Up” was an unconventional materials challenge, and the task was for designers to create looks using items associated with air travel. Henderson used safety belts, but the design got away from him. He didn’t transform the materials imaginatively enough — it looked like just a dress made of seat belts to the judges — and the silhouette wasn’t especially flattering to his model. It was a close call between him and Australian “Runway” champ Juli Grbac, whose barf-bags-and-safety-vest look was, ironically, too conventional, but the greater irony was that Henderson’s dress made of safety belts couldn’t keep him safe.

I can’t fault the judges on their decision — it really did seem like belts just draped on a model — but it wasn’t a disastrous effort, and in any other week during any other season it might have been enough to keep him in the competition. He received raves from the judges just last week in the “Top of the Class” graduation challenge, but this time around the level of design from his competitors, even this early on in such a tricky challenge, was too high for him to survive with his flawed execution.

Did you agree with the judges’ decision to send him home? And which “Runway” giant may fall next? Vote in our poll below to let us know what you thought.