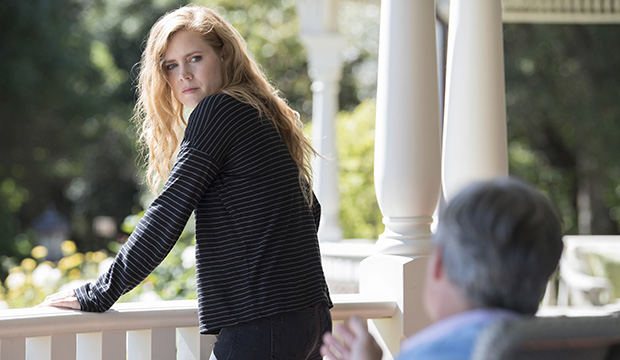 Don’t tell mama, but a second season of “Sharp Objects” is very much looking unlikely now.

Last month at SXSW, showrunner Marti Noxon shared that she and Gillian Flynn, author of the book on which the limited series is based, were having conversations about possibly continuing the Amy Adams-led hit, a la “Big Little Lies.” But Casey Bloys, HBO’s president of programming, tells our sister site Deadline that he doubts there will be a follow-up season to the current Best Limited Series Emmy contender.

Bloys’ comments echoed the ones he made last summer when the series debuted, saying that HBO was happy with “Sharp Objects” as a one-and-done series and that Adams likely doesn’t want to revisit such a dark character as the self-destructive Camille Preaker again. “Unlike ‘Big Little Lies’ where all of the stars wanted to come back, ‘Sharp Objects,’ it’s a very dark character, very dark material. Amy doesn’t want to live in this character again and I can’t blame her, it’s a lot to take on for an actress,” he said then. “So no plans for a second season. We are very happy with this living as a limited series.”

While Noxon suggested in March that there might be more story to tell now that Camille has uncovered the truth about her hometown murders, she did acknowledge to The Hollywood Reporter last year that it would be incredibly difficult to assemble the high-profile cast, which includes Patricia Clarkson, Chris Messina and Elizabeth Perkins, again for another installment.

Noxon’s hints about a potential second season divided fans, many of whom loved the series but believed that a sophomore outing is unnecessary. Plus, we’ve seen a lot of ostensibly “limited series” get renewed because of unexpected success and fan interest, and not because of story, the last few years.

With that and Bloys’ comments in mind, it’s still not a definitive “never” that “Sharp Objects” won’t return, but it does not sound like it’s in the cards or that HBO brass is evening pushing for it. That’s probably for the best, since we don’t really need more shows competing as a limited series at the Emmys one year and moving to drama the next.

Currently, “Sharp Objects” is in third place in our Best Limited Series odds, while Adams is in second in the lead actress race, and Clarkson and Perkins are in first and fifth, respectively, in supporting.