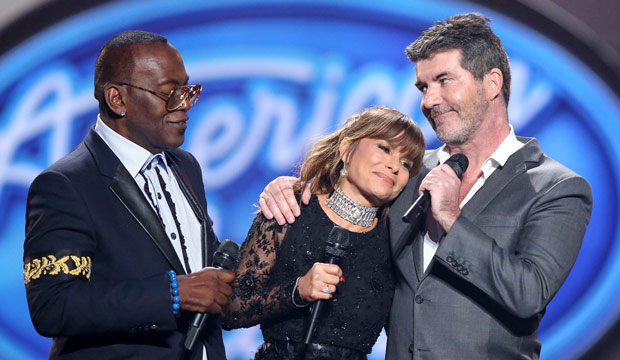 Thisss … is the “American Idol” reunion you didn’t know you needed.

Wednesday’s episode of “The Kelly Clarkson Show” featured a long-awaited reunion between the three original “Idol” judges — Simon Cowell, Paula Abdul and Randy Jackson — and Season 1 winner Clarkson. In addition, host Ryan Seacrest popped in via Skype and runner-up Justin Guarini appeared as a surprise guest. All of the nostalgia prompted Cowell to proclaim, “If I’m being honest with you, this does make me think if I had one wish it would be to make another show with us again. That would be my number one.”

As Clarkson’s studio audience applauded in excitement, Cowell explained that the trio of judges “had so much fun” on the reality TV ratings juggernaut throughout the early 2000s. He told Clarkson, “Even though everybody remembers all the craziness, what worked about that series was Randy was a record producer, Paula actually was a brilliant spotter of talent, I was an A&R guy … and this additional chemistry. Our legacy genuinely are the artists, starting with you, who we discovered over this seven-year period and that’s what I’m most proud of.”

Cowell added that “Idol” wouldn’t have been a success if Clarkson wasn’t the inaugural winner, raving, “We wouldn’t be here without you, the fact that you are one of the most successful singers in the world. Unlike the majority, you are the same person off-camera as you are on-camera. You’re very loyal and you’re a great friend and I’m absolutely thrilled for you, genuinely.”

At one point Cowell joked that “American Idol” should make a comeback with Seacrest and Season 1 co-host Brian Dunkleman, pretending not to be aware of ABC’s current revival featuring judges Katy Perry, Luke Bryan and Lionel Richie. The panel also rehashed Clarkson and Guarini’s box office bomb “From Justin to Kelly” (2003), with Cowell wondering why it never won any Oscars.

Season 18 of “American Idol” premieres in early 2020 on ABC. See the complete list of winners through the years.

'Big Brother 24's' Indy: 'I am super frustrated about Brittany'

'Big Brother 24' spoilers: Here's who's in the split house groups

Indiana 'Indy' Santos ('Big Brother 24' exit interview): 'I may have chose the wrong people to have…