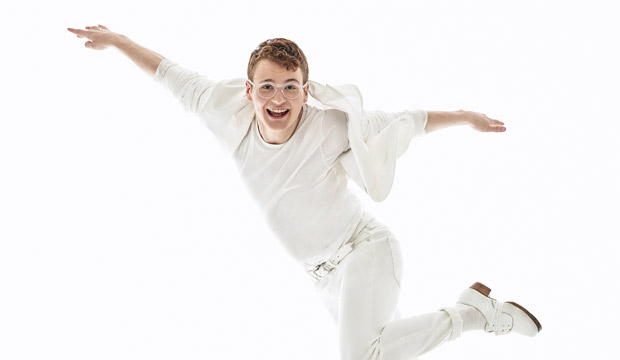 By the time “So You Think You Can Dance” is down to the top 10 of the season, inevitably someone talented is bound to go home in every elimination. That was true for “Top 10 Perform, Round 2,” where tapper Eddie Hoyt and ballroom dancer Stephanie Sosa were axed. But while the vast majority of our readers (90%) thought getting rid of Sosa was the wrong call on the women’s side, most of them conceded that Hoyt was the right choice for elimination on the men’s side. Scroll down for our complete poll results.

It all came down to his first live performance with his partner Sophie Pittman: a jazz funk dance choreographed by Brian Friedman. While the judges admired Pittman’s performance, Hoyt looked so much like a fish out of water in that dance style that it made Nigel Lythgoe “uncomfortable.” Hoyt redeemed himself the following week when he and Pittman performed a moving contemporary routine by Travis Wall. But every performance that night was strong, so when he landed in the bottom two with Ezra Sosa (Stephanie’s brother) based on America’s votes, the judges decided to save Ezra instead.

Fans couldn’t argue with that call: 84% thought Hoyt deserved to be sent home, while only 6% thought it should have been Ezra Sosa. The last 10% would have rather seen someone eliminated who wasn’t in the bottom two: Benjamin Castro, Gino Cosculluela or Bailey Munoz. But alas, this result means that Gaby Diaz (season 12) will remain the only tapper to win the show for at least one more season. Check out our poll results below, and visit our predictions center here to predict who will go home next. 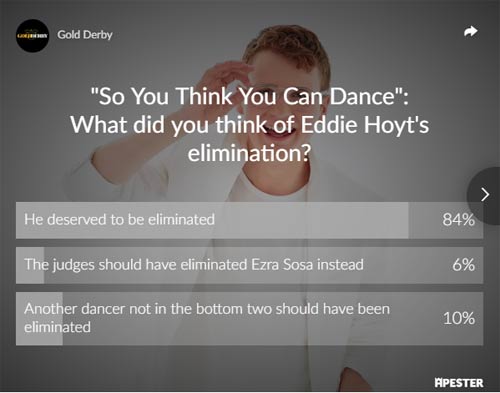