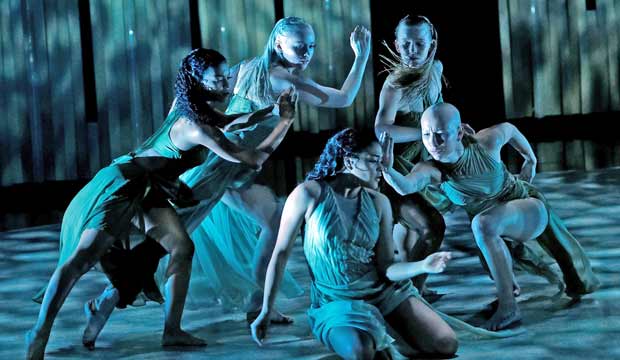 Who is your favorite dancer on “So You Think You Can Dance” this season? The top 10 contestants of season 16 performed for the second time on August 19, but this time only the top eight made it out. If you want to make sure that fate doesn’t befall your favorite performer, you’ve got to vote. Find out all about how voting works right here.

There are three methods of voting on the show. Starting right after the episode airs on the East Coast and lasting until the following day at Noon Eastern/9:00am Pacific, you can vote on FOX’s website, through the FOX Now mobile app for phones and tablets, or via SMS by texting the first name of your contestant of choice to 21523 (message and data rates apply).

You get 20 votes per method, so you can vote on those various platforms until you’re blue in the face. You can also vote multiple times per account on the FOX website, on both your phone and tablet with the mobile app, and text with as many phone numbers as you happen to have as long as it’s from a participating carrier. That’s a lot of voting power at your disposal.

These votes are crucial since they decide who stays on the show and who goes. And ultimately they’ll decide who wins the title of America’s favorite dancer at the end of the season. So who will you be voting for (if anyone) after the top 10 became the top 8 on August 19? And who do you think deserves to win the whole season when all is said and done?