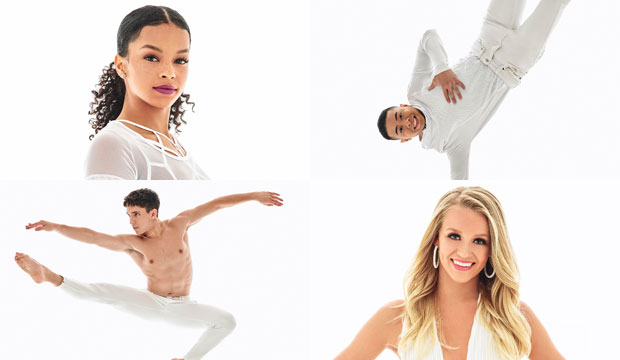 According to the “So You Think You Can Dance” fans we’ve polled in our predictions center this summer, contemporary dancer Mariah Russell has been the season 16 front-runner almost since the top eight. But now that we’re down to the final four, we think there’s a new dancer to beat. So who has overtaken Russell on our racetrack, and can the former favorite still find her way back to the top after tonight’s final competitive performances?

As of this writing Russell’s own dance partner, b-boy Bailey Munoz, has jumped into the lead with 8/13 odds of being named America’s favorite dancer. That may be because of his strong showing on “Top 6 Perform” night, when he had not only a stellar duet with Russell, but also one with “SYTYCD” all-star Koine Iwasaki, another showstopping solo routine, and a powerful group number with the other male dancers. Meanwhile, Russell got tripped up a bit during her duet with all-star Fik-Shun; even judge Nigel Lythgoe admitted it wasn’t her best.

But Munoz isn’t the only dancer who has moved up according to our users. Contemporary dancer Gino Cosculluela now ranks second with 4/1 odds. Like Munoz, Cosculluela had a great night, starting with a redemptive hip-hop number with Comfort Fedoke — the last time he performed that style during the live shows he got decidedly mixed reviews from the judges. And he was so good during the finae group routine that Lythgoe urged the other two men in his trio to take notes from him.

Russell is a very close third with 9/2 odds, while Sophie Pittman is the biggest underdog in the final four with 100/1 odds. But the competition isn’t over yet. There will be more performances from the top four tonight before America makes their final votes. Who do you think will win?