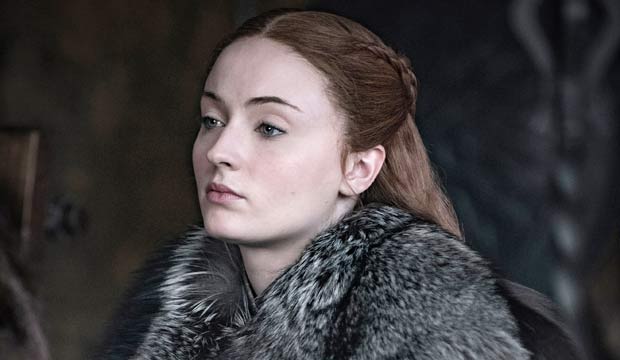 The eighth and final season of “Game of Thrones” premieres April 14, which means this fall will be its last hurrah at the Emmys. The epic fantasy is already a three-time winner for Best Drama Series and the most awarded primetime drama or comedy series in history, but one member of the cast who hasn’t been invited to the party yet is Sophie Turner. Will she finally get her due this year? Goodness knows she has already been through enough.

Turner plays Sansa Stark, who has survived despite the calamities that have befallen her family. Her father Ned (Sean Bean) was beheaded. Then her brother Robb (Richard Madden) and mother Catelyn (Michelle Fairley) were assassinated at the Red Wedding. Even her younger brother Rickon (Art Parkinson) was murdered. The rest of her family was scattered until recent seasons brought the survivors back together.

Before that reunion Sansa suffered greatly. She was tormented by King Joffrey (Jack Gleeson), then forced to marry Tyrion Lannister (Peter Dinklage), then forced to marry Ramsay Bolton (Iwan Rheon). Bolton abused her sexually and psychologically (and he was the one who killed Rickon) before she escaped him, vanquished him, and claimed her birthright has the Lady of Winterfell. She also killed Littlefinger (Aidan Gillen), who tried to manipulate her to gain power. Let that be a warning — Sansa has a tendency to outlive her abusers.

Turner has grown up on the show. She was 15 when the show premiered, and now she’s 23. But while her on-screen half-brother (who turned out to be her cousin) Jon Snow (Kit Harington) and sister Arya Stark (Maisie Williams) have both been nominated for Emmys over the course of the series, Turner hasn’t yet made the cut. Perhaps that’s because Sansa began as more of a passive character, while Jon and Arya have been fearsome warriors. But Sansa has come into her own, become a leader, and taken a more active role in pursuing justice for her family and her subjects.

SEEWill Emilia Clarke and Kit Harington break into the lead Emmy races for the final season of ‘Game of Thrones’?

Now the actress has a strong chance of finally breaking through, according to the combined Emmy predictions of more than 1,000 Gold Derby users. She ranks sixth with 23/2 odds, right on the bubble for a nomination. It doesn’t hurt that almost all of last year’s nominees are ineligible this year: Thandie Newton (“Westworld”), Millie Bobby Brown (“Stranger Things”) and Alexis Bledel, Ann Dowd and Yvonne Strahovski (“The Handmaid’s Tale”) are on shows that won’t be air during this awards cycle, while Vanessa Kirby (“The Crown”) is being replaced by Helena Bonham Carter as her show progresses to the next era for its characters.

That opens the door for Turner. Do you agree with our odds that she’ll contend this year? Maybe she’ll win the Iron Throne too.