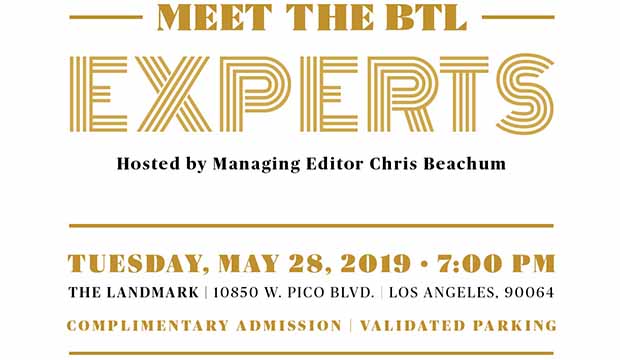 You are invited to attend our Q&A discussion with four of TV’s top music composers who now compete for Emmys. Join us on Tuesday, May 28 at 7 p.m. at the Landmark Theater at 10850 W. Pico Blvd. in Los Angeles. Admission and parking are free. TV Academy and guild members will get priority seating.

KRIS BOWERS represents Netflix for “When They See Us”

Bowers is a Daytime Emmy winner for “The Snowy Day” (2017). He was nominated earlier this year at the Critics’ Choice Awards for “Green Book.” Other projects have included “Monsters and Men,” “Dear White People” and “Black Monday.”

BRETT “LELAND” MCLAUGHLIN represents Comedy Central for “The Other Two”

McLaughlin was nominated earlier this year at the Golden Globes for his song “Revelation” from “Boy Erased.” He has also worked on “RuPaul’s Drag Race,” “Atlanta” and “Sierra Burgess Is a Loser.”