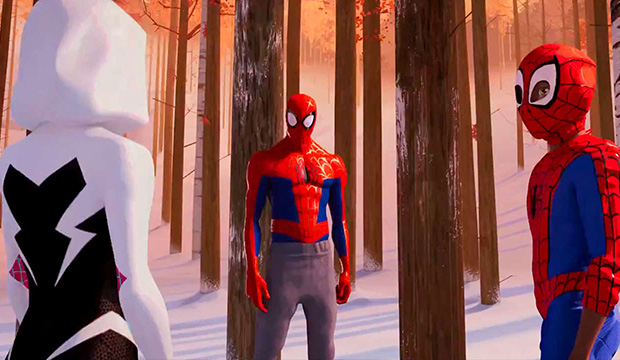 Spider-Man faced off against Kingpin in “Spider-Man: Into the Spider-Verse,” but he has an even bigger foe to take down at the Golden Globes to win Best Animated Feature: Disney/Pixar.

Disney/Pixar has had a stranglehold on the Best Animated Feature category ever since it was added to the Globes 12 years ago. Since then, 10 of the 12 winners have been Disney/Pixar productions — eight Pixar films, two Disney animated ones (“Frozen,” 2013; “Zootopia,” 2016) — with the outliers being Paramount and Columbia’s “The Adventures of Tintin” (2011) and DreamWorks’ “How to Train Your Dragon 2” (2014). Both those films defeated Disney projects, “Cars 2” (2011) and “Big Hero 6” (2014), respectively.

Could “Spider-Man” be the third non-Disney/Pixar film to take home the Globe? Visually striking like a comic book brought to life, the Sony Pictures Animation film is the best reviewed animated movie of the nominees and sits at 97 percent on Rotten Tomatoes; its next closest competitor, “Incredibles 2,” has 94 percent. “Spider-Man,” which has picked up critics prize after critics prize, is predicted to win the Globe in our odds, but it’s just as probable for it to fall victim to the Disney/Pixar domination. Globe voters’ tastes are quirky. Will they be hip to the coolness of Spidey or will they just go for a familiar name?

Helping “Spider-Man” is the fact that there is no “undeniable” Disney/Pixar film like there usually is, despite two Disney films in the running. Sure, “Incredibles 2” got great reviews and is the second highest-grossing animated film of all time, behind “Frozen,” but there’s less passion behind it than there was for the original and definitely less passion than there is for “Spider-Man.” Meanwhile, “Ralph Breaks the Internet” feels destined to be a perennial nominee this season (the first film, 2012’s “Wreck-It Ralph,” lost to Pixar’s “Brave”). “Tintin” and “Dragon” won against comparably weaker Disney fare in “Cars 2” and “Big Hero 6,” so perhaps Spidey could do the same and swing away with the win.

“Incredibles 2” is second in our predictions, followed by “Isle of Dogs,” “Ralph Breaks the Internet” and “Mirai.”

Be sure to make your Golden Globe predictions so that Hollywood insiders can see how their shows and performers are faring in our odds. You can keep changing your predictions until just before winners are announced on Jan. 6. Read more Gold Derby entertainment news.