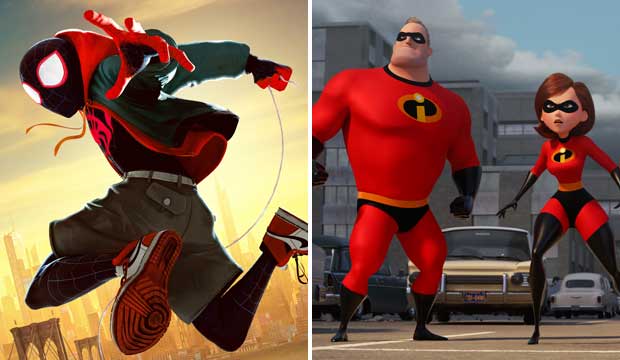 For most of the season “Incredibles 2” has been the front-runner to win the Best Animated Feature Oscar in our racetrack odds, and it still is overall, but our Experts have had a change of heart. Most of them now think that “Spider-Man: Into the Spider-Verse” will swing right past it on Oscar night.

When you combine the predictions of all Gold Derby users “Incredibles 2” still has the advantage with leading odds of 71/20, but it’s easy to see why the Experts think the momentum has shifted. Though the Oscars adore Pixar — the studio has won 9 times out of 11 nominations — they don’t usually like sequels (“Toy Story 3” is the only sequel that has ever won). Also, “Spider-Man” has been surging: it has grossed more than $200 million worldwide since its release on December 14, its reviews are among the best of the year, and it has won awards from Chicago, Los Angeles, New York and San Francisco film critics, among many other regional groups.

SEE‘Spider-Man: Into the Spider-Verse’ box office: Marvel superhero has a historic opening weekend

Do you agree with our Experts that “Spider-Man” now has the lead, or will “Incredibles 2” hold on until the Oscars?