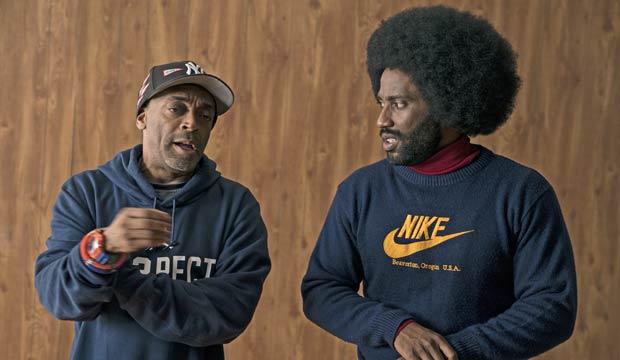 Spike Lee just earned his first ever Oscar nominations for Best Picture and Best Director for “BlacKkKlansman.” Surprisingly, the man behind “Malcolm X,” “25th Hour,” “Inside Man” and more only ever received two competitive noms in the past: Best Original Screenplay for “Do the Right Thing” (1989) and Best Documentary Feature for “4 Little Girls” (1997). But Lee didn’t just make history for himself. Here are five ways his nominations were historic for black filmmakers.

Lee has been such a pioneer in black cinema that you’d think he would have been the first black nominee in this category, but the academy made him wait. He follows John Singleton (“Boyz n the Hood,” 1991), Lee Daniels (“Precious,” 2009), Steve McQueen (“12 Years a Slave,” 2013), Barry Jenkins (“Moonlight,” 2016) and Jordan Peele (“Get Out,” 2017). But no black filmmaker has actually won this prize, so Lee could still break new ground.

Lee shares this distinction with his Best Adapted Screenplay rival Barry Jenkins (“If Beale Street Could Talk”). Before this year there had only ever been nine black writers nominated for Best Adapted Screenplay and four for Best Original Screenplay. And until now no black writer had ever been nominated twice. Now Lee has contended for his scripts for both “Do the Right Thing” and “BlacKkKlansman,” while Jenkins’s “Beale Street” nom follows his victory for “Moonlight.”

Only black writer to be nominated for original and adapted screenplays

Jenkins earned both of his nominations in the Adapted Screenplay category, which makes Lee the only black writer nominated for both original (“Do the Right Thing”) and adapted (“BlacKkKlansman”) scripts.

Eleventh black producer to be nominated for Best Picture

“BlacKkKlansman” producers Spike Lee and Jordan Peele are the only black nominees for Best Picture this year. That makes Lee the 11th black nominee in the category’s history, and it makes Peele the first to be nominated twice, following his bid last year for “Get Out.” This is also the first Best Picture contender with multiple black producers nominated, and if the film prevails they would be only the second and third to win, following McQueen’s victory for “12 Years a Slave.”

Second black filmmaker nominated for producing, directing and writing in the same year

With his nominations for Best Picture, Best Director and Best Adapted Screenplay, Lee matches the milestone first achieved last year by Peele, whose triple bids for “Get Out” made him the first black filmmaker nominated for writing, directing and producing in the same year. Now there are two.