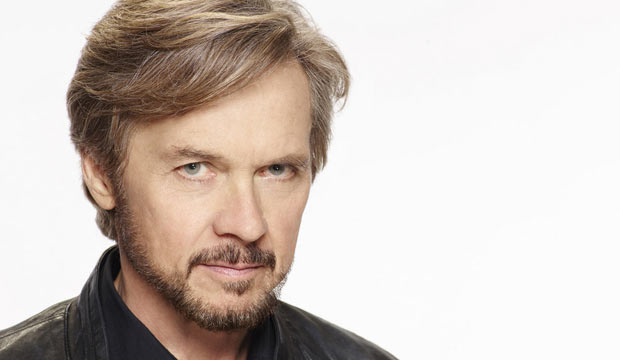 “Well, I’ll be damned.” As reported by Soap Opera Digest, that was Stephen Nichols‘s reaction to being invited back to “Days of Our Lives,” where he was last seen on-screen in August 2018 as Steve “Patch” Johnson. He has already begun filming again with the NBC soap, so fans can expect to see him again sometime this fall.

Nichols originated the role of Patch in 1985 and played him until 1990, during which time he earned a Daytime Emmy nomination for Best Actor (1988). He didn’t return until 2006, and it was revealed that in the intervening years he had been kidnapped and brainwashed by the DiMera family. In reality, Nichols spent several of those years on “General Hospital,” where he played Stefan Cassadine, the son of supervillains Mikkos and Helena Cassadine, from 1996 until 2003.

Nichols and “Days” couldn’t agree on a new contract for the actor, so his abrupt departure from the show was explained by having Patch arrested for espionage off-screen, but Nichols has been touched by the support he has gotten from fans throughout. “These good people who are so loyal and dedicated to supporting us, mean so much to me,” he told Digest. “In my opinion, the most beneficial thing about social media has been connecting with the fans on a deeper level. So much so that I consider them true friends.”

Nichols doesn’t say exactly what “Days” has in store for his return, of course, but it was recently revealed that Billy Flynn and Kate Mansi will also be returning to the soap this fall as Chad DiMera and Abigail Deveraux, so perhaps there’s some connection. But Nichols says we’ll have to “wait and see.”