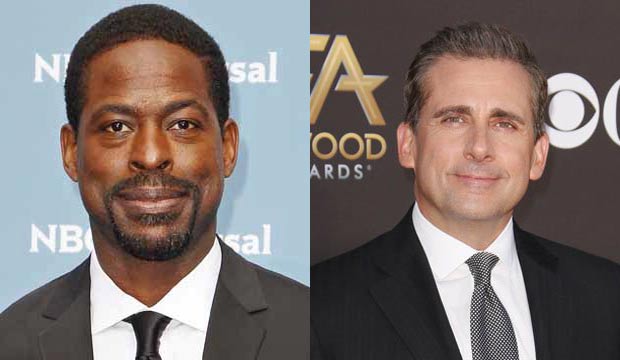 Sterling K. Brown just did something on Sunday that only Steve Carell was able to do before him: he won two SAG Awards for film and TV ensembles on the same night. It’s the kind of thing you’d think would happen more often, yet these two performers with one foot in TV and the other foot in film are the only ones to achieve this incredibly rare record.

Brown picked up his two wins at the 2019 ceremony for his work in “Black Panther” and “This Is Us.” It was the second consecutive year he’d won for the NBC drama, which also brought him an individual acting prize in 2018. He competed for the lead drama actor once more this year and again in 2017, when he was also up for his performance in the limited series “The People v. O.J. Simpson.”

SEE What do those SAG wins (and losses) mean for the Oscars?

Here are a few of the thespians who came close to pulling off this rare accomplishment:

Just last year Peter Dinklage won as part of the “Three Billboards Outside Ebbing, Missouri” ensemble and was nominated twice for “Game of Thrones,” as an individual and as part of the cast.

Bryan Cranston took home trophies as an individual for “Breaking Bad” the same year he was recognized for his ensemble work in the film “Argo” (2012). Though the AMC series was nominated for the main prize, it was bested by “Downton Abby”; the very next year, it won both for ensemble and Cranston.

SEE2019 SAG Awards TV report: ‘Mrs. Maisel’ and ‘This Is Us’ are big winners at 25th ceremony [UPDATING LIVE BLOG]

John Slattery similarly reaped double ensemble nominations at the 2016 ceremony, one for “Mad Men,” the other for “Spotlight” (2015). While he won on the film side, he lost the TV award that year to “Downton Abby,” despite prevailing in 2009 and 2010.

Jack Huston was also double-nominated in 2014, losing his drama ensemble bid for “Boardwalk Empire” to “Breaking Bad” but winning for “American Hustle” (2013). The HBO drama previously dominated the category in 2011 and 2012 (Huston only won the latter year).

“Downton Abby” star Penelope Wilton received her first ensemble award for the series at the 2013 ceremony, the same year she competed on the film side for “The Best Exotic Marigold Hotel” (2012). She left with one prize, however, as “Hotel” was defeated by eventual Oscar-winner “Argo” (2012).