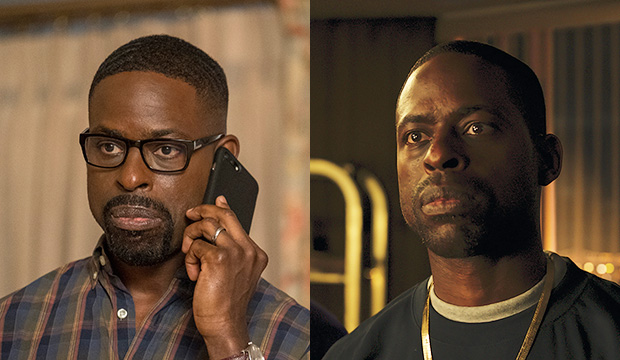 Sterling K. Brown might win more Screen Actors Guild Awards than he has hands for next weekend. The actor is projected to score a historic trio of statuettes for TV drama actor and TV drama ensemble for “This Is Us,” and film ensemble for “Black Panther.”

Numerous people have won two SAG Awards in one night, including Brown, which is not that difficult to accomplish if you have an individual bid and an ensemble bid (Helen Mirren and Idris Elba are the only performers to earn two individual SAG awards in one night), but no one has bagged three yet.

Brown took home two SAG Awards last year in the aforementioned TV categories for “This Is Us,” and he and the cast are favored to defend their crowns. No one loves repeat winners more than the SAG Awards (insert requisite Alec Baldwin seven-peat mention here), and drama actor and ensemble just so happen to be the only categories we could get repeat champs; all of the defending champs in the other regular TV series categories are ineligible (“The Crown,” “Veep”) or snubbed (William H. Macy for “Shameless”).

SEE Will Sterling K. Brown be the 9th person to win a bookend SAG Award for TV drama actor?

Brown’s potential third statuette would be his first on the film side. Brown, who played Killmonger’s father N’Jobu in “Black Panther,” is one of the 12 eligible cast members in the ensemble, which is currently in the No. 1 spot in our predictions, though “A Star Is Born” is quickly catching up to it. The massive success and cultural impact of the film could make it one of those populist SAG wins in this category.

Bryan Cranston came close to winning three SAG trophies in one night six years ago when he took home TV drama actor for “Breaking Bad” and film ensemble for “Argo,” but “Breaking Bad” lost drama ensemble to “Downton Abbey.” Hmm, those are the same categories Brown is in.