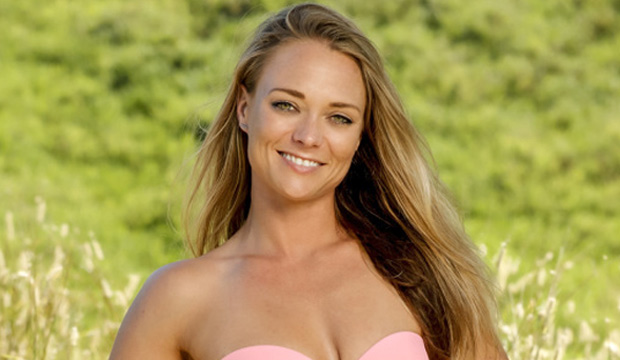 Getting to the Final 10 on “Survivor” is certainly a huge accomplishment, but that doesn’t necessarily guarantee you a strong, positive edit on the show. Some “Survivor: Edge of Extinction” contestants have learned this the hard way as their story has gone on the back-burner in favor of their fellow tribemates. That doesn’t mean a few of these unlucky players can’t emerge in the final episodes of the season, but their chances are considerably weaker than others whose stories have been explored throughout.

Of the remaining 10 players, here are the five with the worst winner’s edits heading into the final stages of “Survivor: Edge of Extinction.”

It’s hard to say any of the Manu-turned-Lesu tribe members have a “bad” edit considering how much focus they’ve had from the start, but Lauren is arguably the least developed among them. Viewers have sympathized with her struggling with the rigors of the game and she has shown that she can tough it out. The problem for Lauren will be separating herself from Kelley, should they get to the end. Lauren is mostly presented in the edit as Kelley’s right-hand woman and while it has kept her in the game thus far, she may need to do something on her own to actually win.

Victoria has been presented a cutthroat player willing to do and say anything to stay in the game. Her strategic chops were clear from the beginning, and she has helped pull off big moves like voting out Eric Hafemann and Aubry Bracco. The problem is we haven’t been given much of Victoria’s personal story yet. Typically we know some key information about those who go on to win their season that makes the audience want to root for them. We’re not ruling out Victoria as a viable winner, but we’re gonna need to see something beyond hardcore strategy moving forward.

SEEWill ‘Survivor’ celebrate its 40th season with an all-winners edition? And should they do it? [POLL]

While Gavin is a likable figure, we simply haven’t seen enough of him compared to most of his tribemates. We know he is a superfan with an enthusiasm for the game and he pulled off a big blindside of Eric that suggested he could be in control of the game, but the loss of his close ally Julia Carter puts him in a rough spot. Gavin may ultimately suffer the fate of other likable young men who make it far into the game that are simply too big of a threat to get to the end.

Ron’s fascinating backstory should have made him one of the most compelling characters of this season, and while he has fun moments here and there, we should be seeing a lot more of him. The post-merge has been disastrous for Ron on a game level, and we’ve seen every bit of it. While he did orchestrate Joe’s ouster, he was left out of the vote that sent Eric out of the game and now Julia is the third original Kama member to leave the game. Ron’s Kama strong mantra is essentially obliterated, and unless he can pick up the pieces and take active control of the game again, his time may be up soon.

SEE‘Survivor’ sneak peek video: David has no regrets about wasting hidden immunity idol — ‘It was the right move’ [WATCH]

With few allies to speak of and a severely underdeveloped story, Aurora takes the cake as the player with the worst edit among the Final 10. We barely saw her in the pre-merge and her strongest allies, Joe Anglim and Aubry Bracco, are both on Extinction Island. Lately, the material we’ve seen from Aurora is negative in nature, as we saw her strategizing in the Immunity Challenge while Lauren O’Connell was passed out. She also contributed to the historically chaotic Tribal Council in this past episode. Even if Aurora makes it to the end of the game, we haven’t seen any evidence that she has the votes to win.

Those remaining on Extinction Island will also struggle to have the votes to win. Those least likely to get back in and make their way to the end and win include Julia, who has not been developed much in the edit, Chris Underwood, whose story seems to have taken a backseat, and the Queen of Extinction Island, Reem Daly, who is probably too abrasive to win a jury vote even if she makes it back into the game.